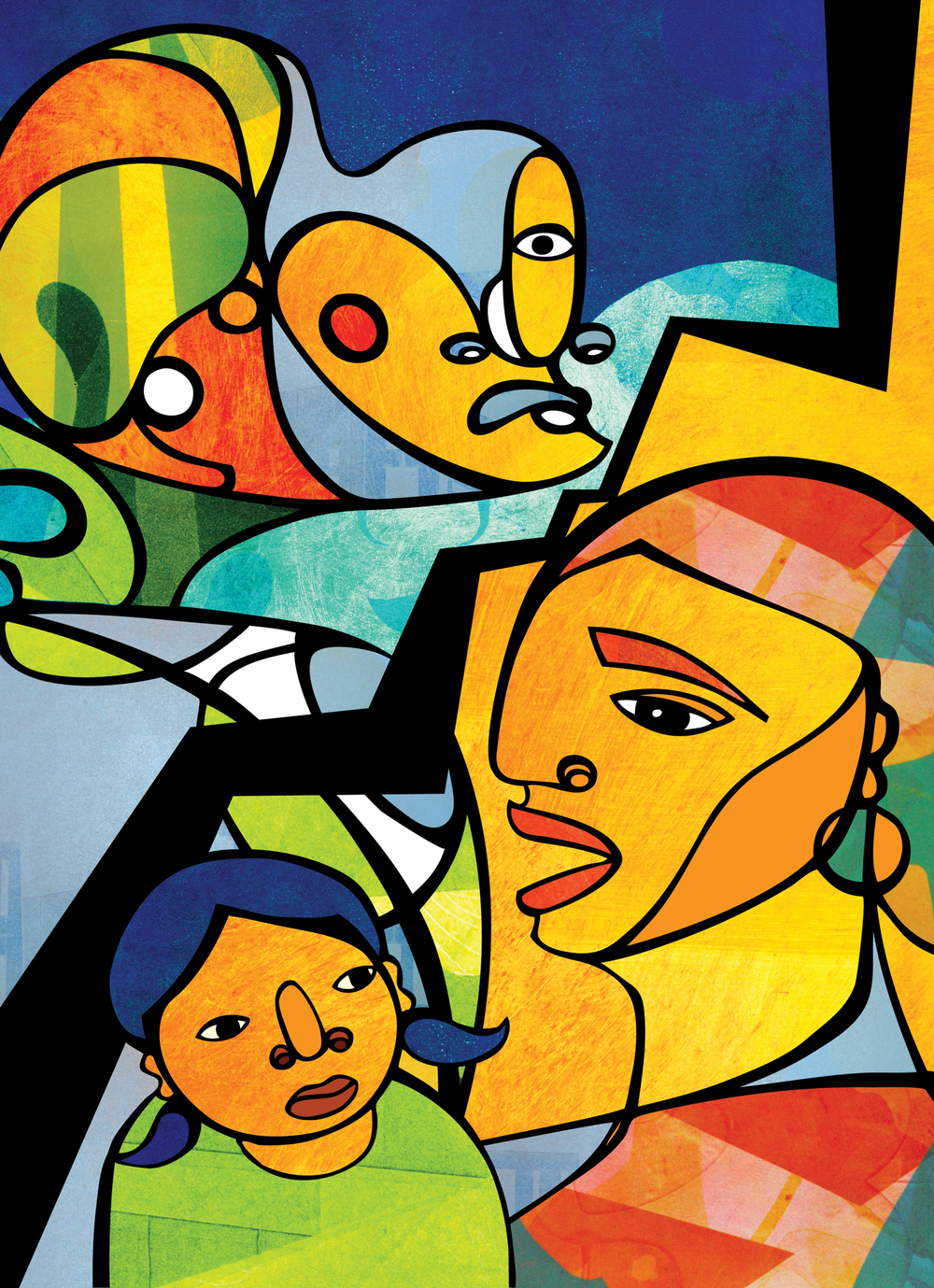 I developed this piece in response to the United States’ devastating immigration policy that was separating families, traumatizing children, and creating a cycle in which parents were losing their parental rights after being deported. I was moved to create a work of art after reading an article in the magazine Colorlines that revealed 22% of deportees were parents of US citizen children

This piece depicts a mother and child separated from a father. The father is depicted as an alien, alluding to the way in which inhumane immigration policy dehumanizes people.

The piece was created during the winter of 2012 when I was an artist in residence at Atelier Circulaire in Montreal, Canada. The figures in this piece began with drawings that I scanned and then combined with monotypes I had created years prior, in 2010 and 2011. This was a common creative practice I was doing in 2012 - developing a library of colors to be repurposed in digital collages.