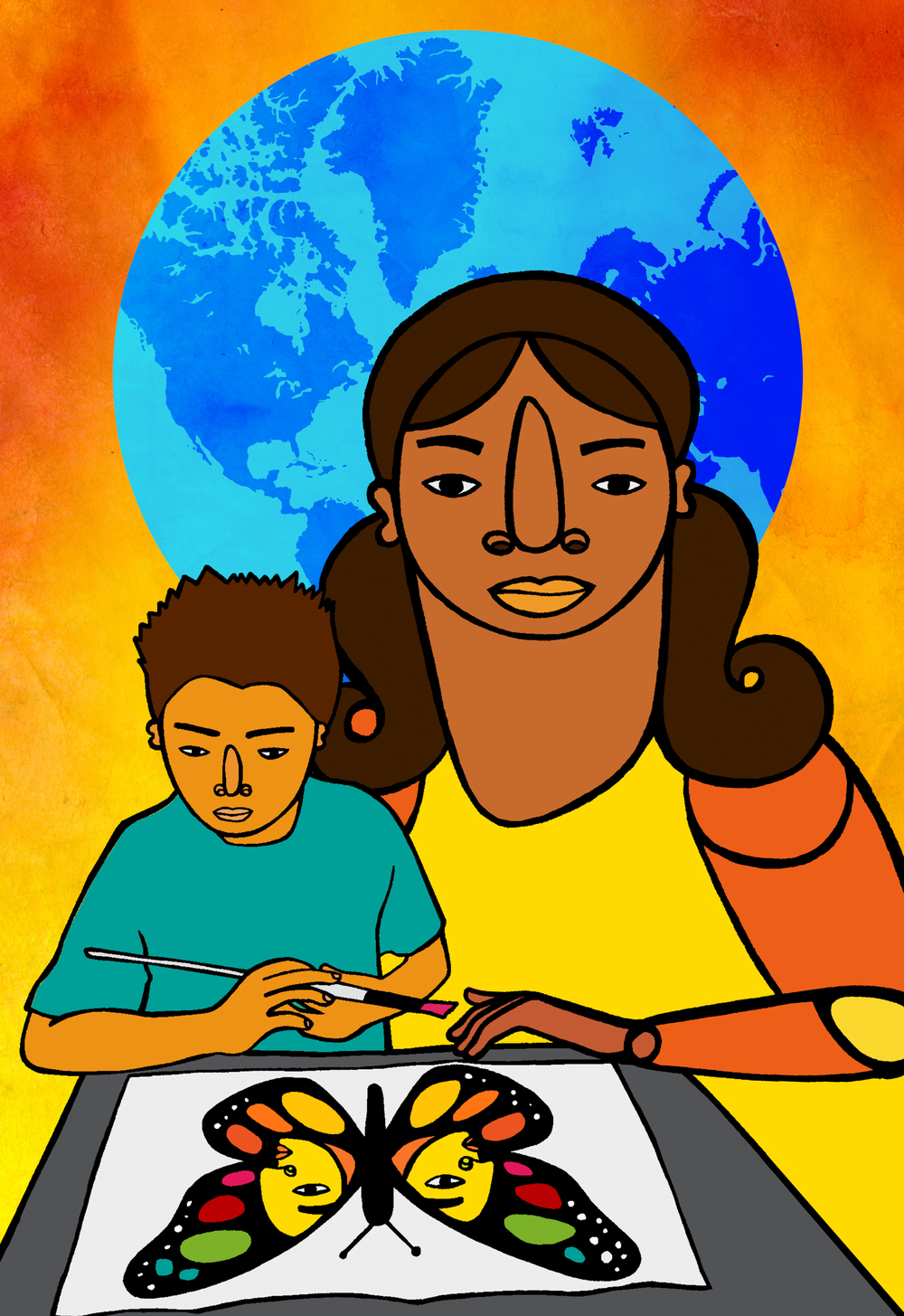 Citizens of the World

This piece was developed to honor immigrant parents all over the world and to imagine a world in which nation states did not exist - a world in which all human beings were citizens of planet Earth. The child figure was based on a photograph I took at one of my butterfly workshops in Santa Ana, California earlier that year where a boy was happily focused on painting a set of butterfly wings. A migrant mother sits alongside her son with dignity, love and patience. She can also be a school teacher working with her pupil, or an older sister with her younger sibling.

The year when this work was created, I saw the film Elysium, based on a story in which the ultrarich lived aboard a luxurious space station called Elysium, while the rest of humanity lived a harsh existence in Earth's ruins. I was inspired to create an art piece that depicted all of us as people on mother earth, and thus, as her citizens. The title is a celebration of transnationalism and the rejection of borders, as well as a call out for us to take responsibility for the well being of our mother, the planet, our pachamama.

This piece was originally commissioned by the non profit organization, Forward Together, for their annual Mama's Day card project.