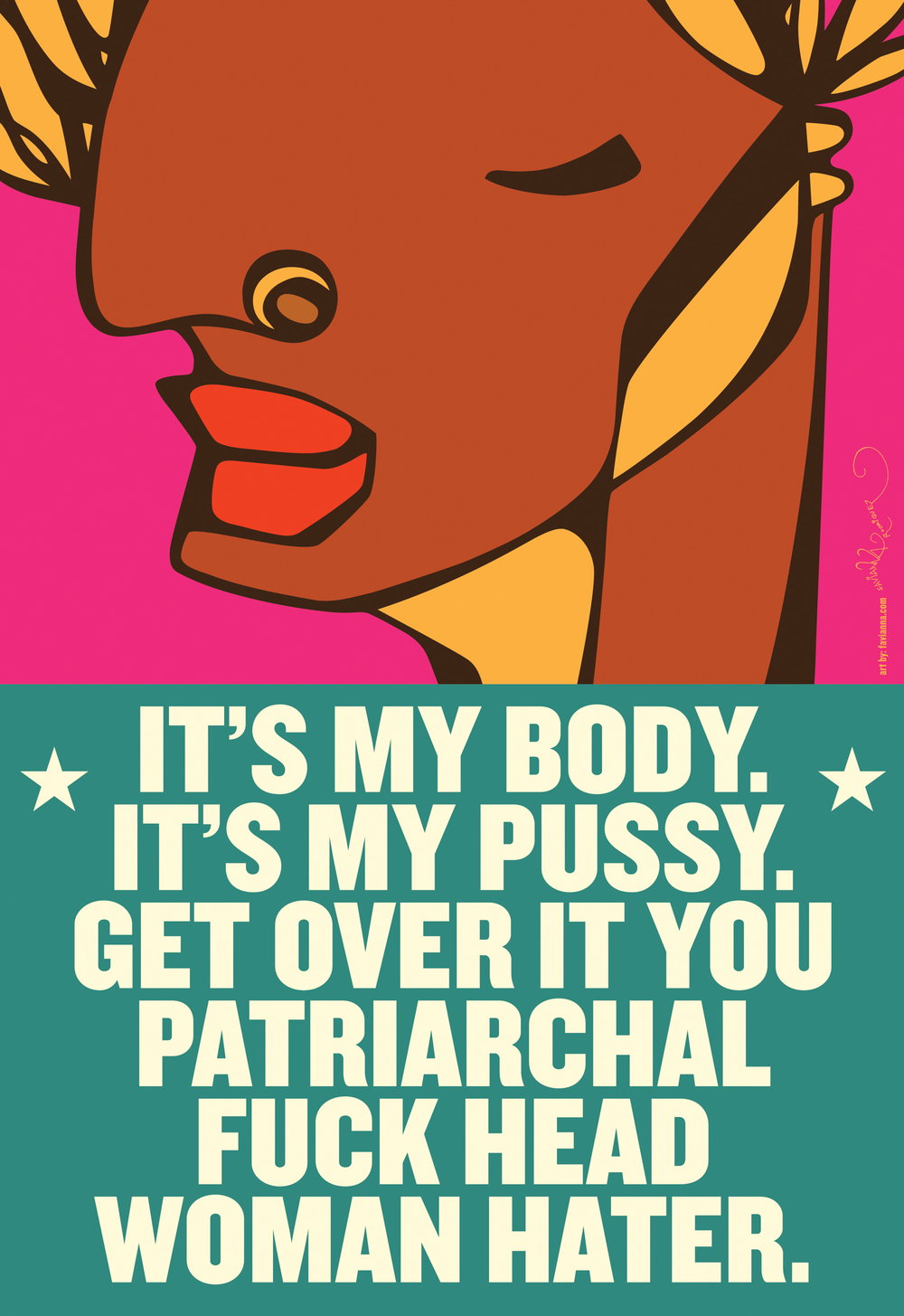 It's My Body. It's My Pussy

This poster is part of a series of feminist reactions in 2012, as politicians and conservatives were waging an all out war on womxn’s bodies, our access to health, our right to birth control, and our right to free, accessible and safe abortion. The attacks on abortion continue today, and 2012 was a special year for me because it’s when I came out about my abortion.

I came out about my own abortion in order to break the silence and to shed the shame. By telling my story as a Latinx woman, I was putting a face to the debate and complicating the narrative. I was being unapologetic in how I told my story and celebrated sluttiness. I was fed up with misogynist politicians who were working to further limit and hinder our access to our reproductive rights through anti-contraceptive measures. The right to control your own reproduction is the most fundamental right we have as human beings.

I developed four posters demanding safe and accessible abortion for all. I decided it was time for some slut positivity and confronting woman-hating men.