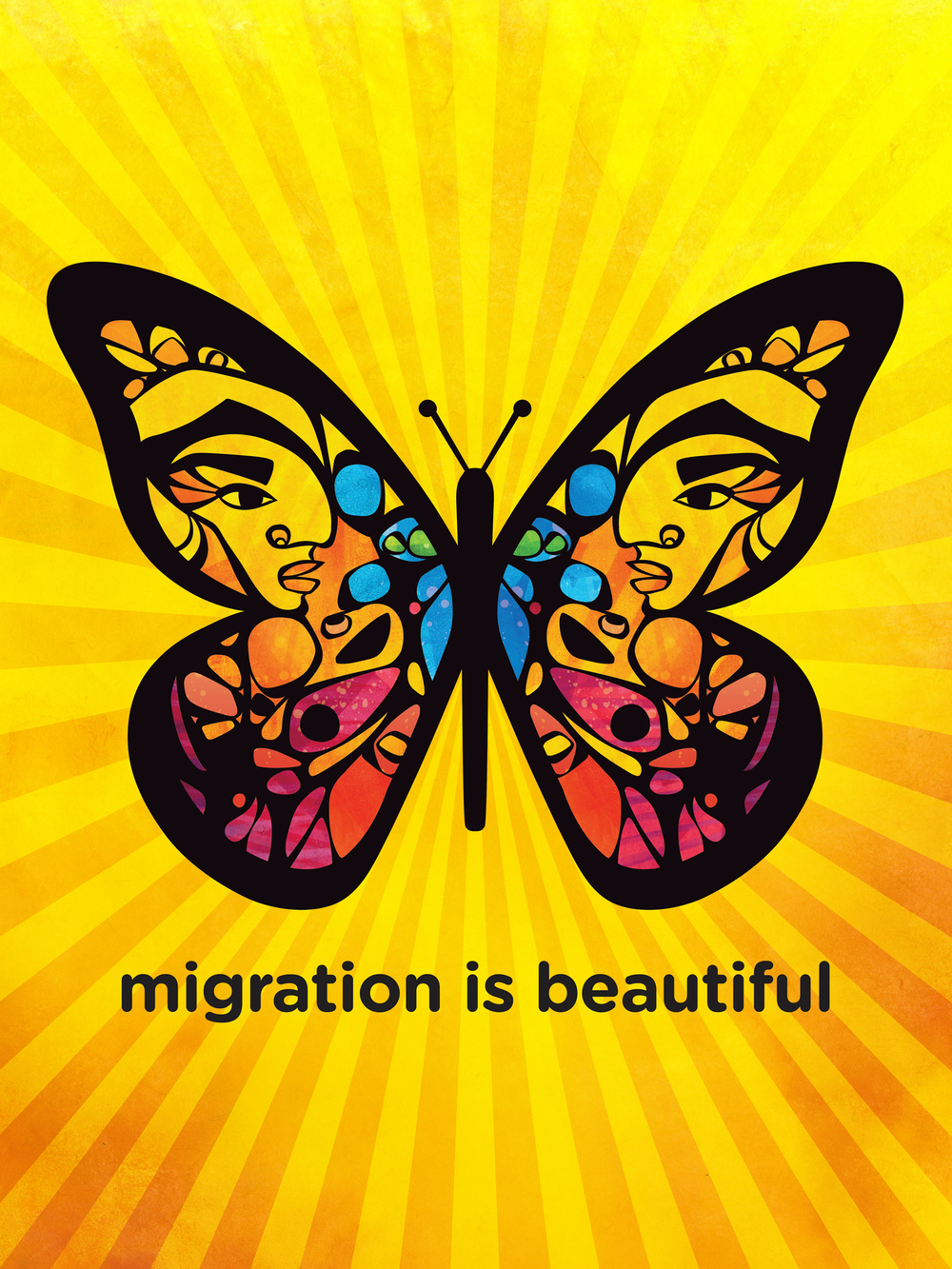 I originally launched the “Migration is Beautiful” campaign in 2012 at the Democratic National Convention in collaboration with the UndocuBus. At the time, former President Obama was deporting over 1100 immigrants a day. Since then, this symbol has become a popular symbol of the global immigrant rights movement