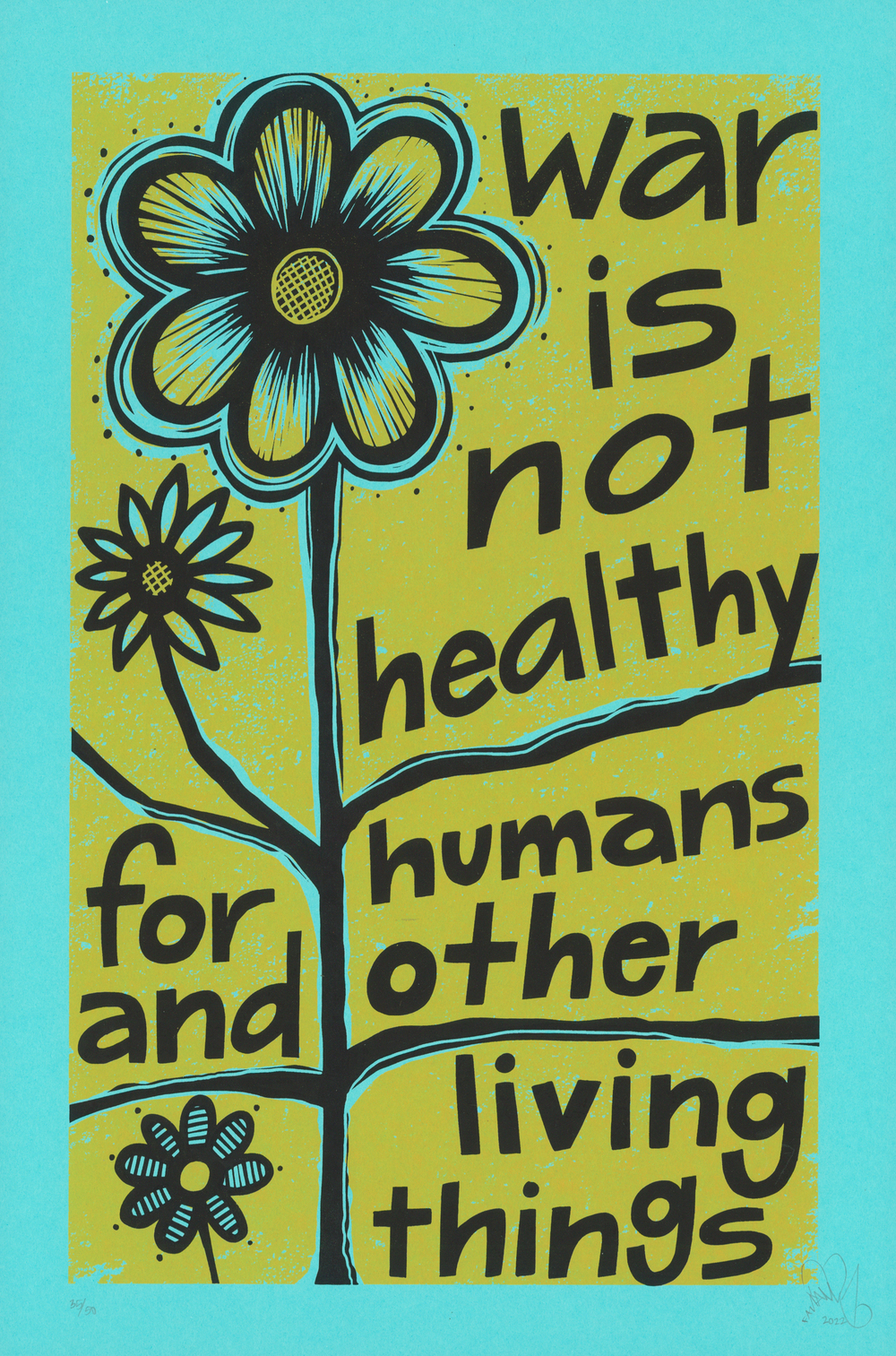 War Is Not Healthy for Humans and Other Living Creatures

This 2-color screenprint poster was inspired by the 1966 anti-war poster by Lorraine Schneider. When I was first starting out as a young artist at the age of 19, I did an internship at the Center for the Study of Political Graphics in Los Angeles. It was there that I first saw the poster by Lorraine Schneider and it became etched in my mind. I loved the message because the reality is that war is devastating and toxic for humans, for animals, and for the earth itself.

Much of my art career I’ve spent creating anti-war posters. The first poster I ever did for mass distribution was done after September 11, 2001 when Bush went to war against Afghanistan and Iraq. In 2008 I created another set of anti-war posters in collaboration with Code Pink, as the war in the Middle East continued. I would hope that one day I did not have to make art about war, and could instead use my energy to make art about the peaceful future that we all deserve.

A bit more about Lorriane Schneider - She created one of the most emotionally charged posters of the Vietnam War era out of concern that her eldest son would be drafted into the army. When the poster was issued in 1967, few could foresee that Schneider’s petition for peace would become the ubiquitous anti-war icon it was then and continues to be today.