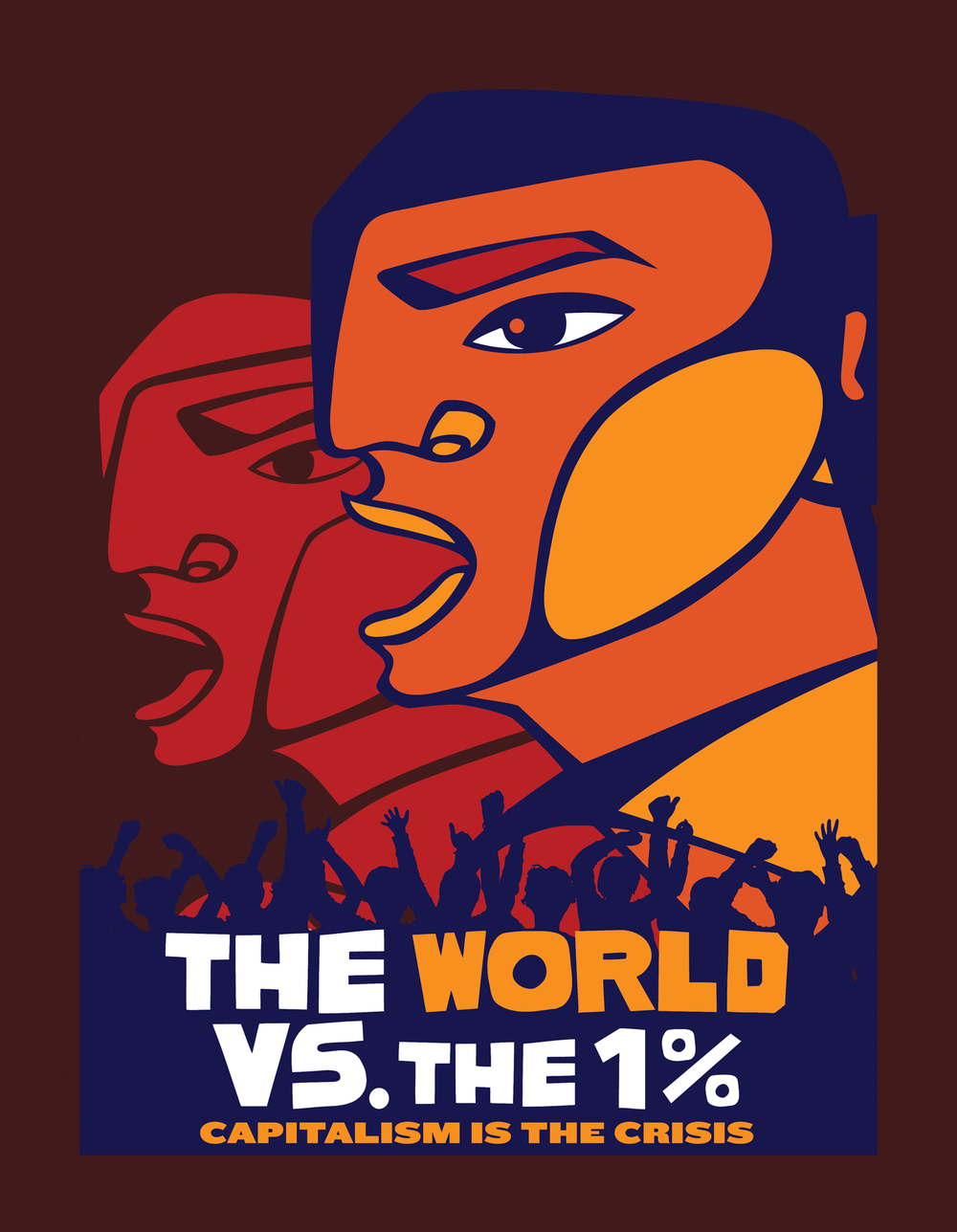 I created this poster to celebrate the Occupy Wall Street, a global social movement focused entirely around the true cost of capitalism, the excessive power of corporations and banks, and the economic devastation being imposed on people around the world. Occupy was a groundbreaking cultural moment because it normalized the critique of capitalism in mainstream conversations and in mainstream media, opening many doors for social movements overall.

As a woman of color and Latinx artist working predominantly in spaces that affect Latinx communities, the Occupy movement offered me the opportunity to talk about how American capitalism negatively impacted Latinx families. Pew Research Center recently had released a report on how Latino Household Wealth fell by 66% from 2005 to 2009, which meant that 2/3 of the community’s assets were lost.