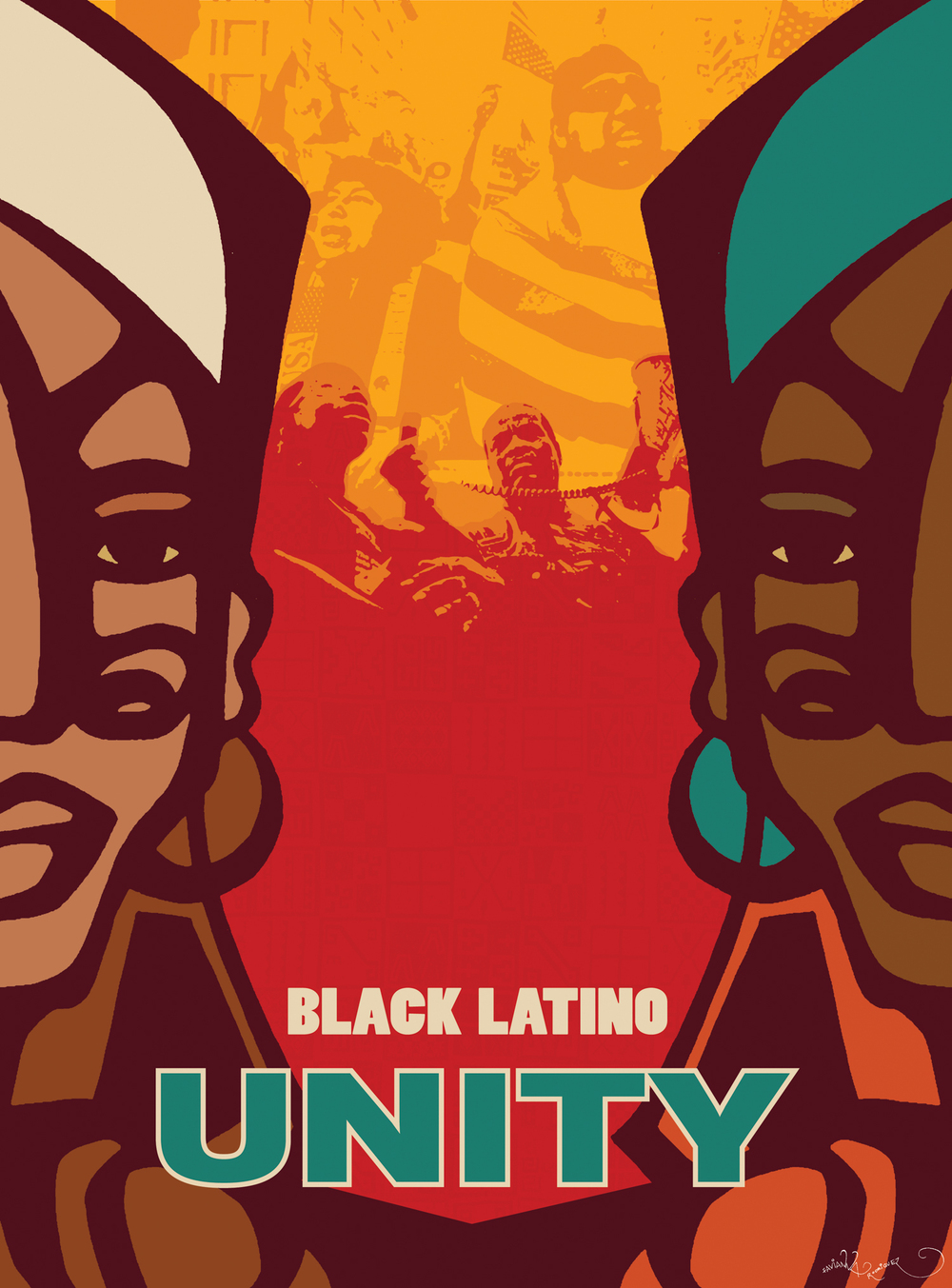 This piece celebrates a groundbreaking Black and Latino Summit that took place in Los Angeles in 2008. The images depict the parallels between the social injustices faced by both Brown and Black communities in the United States. Both communities face structural racism, family separation, economic inequity, and mass incarceration. Yet both communities are also resilient and are organizing around their self determination. The piece is a call for unity and solidarity among all people of color.

Additionally, many Latinx people are also Black, yet this truth is not always embraced due to colonization and racism. The transatlantic slave trade occurred throughout Latin America, much more than it did in the United States. Yet many countries in Latin America and the Carribean fail to recognize the deep impacts of racism and continue to promote a white-centric culture. This piece is also a call for Latinx people to recognize their African roots and engage in anti-racism work.