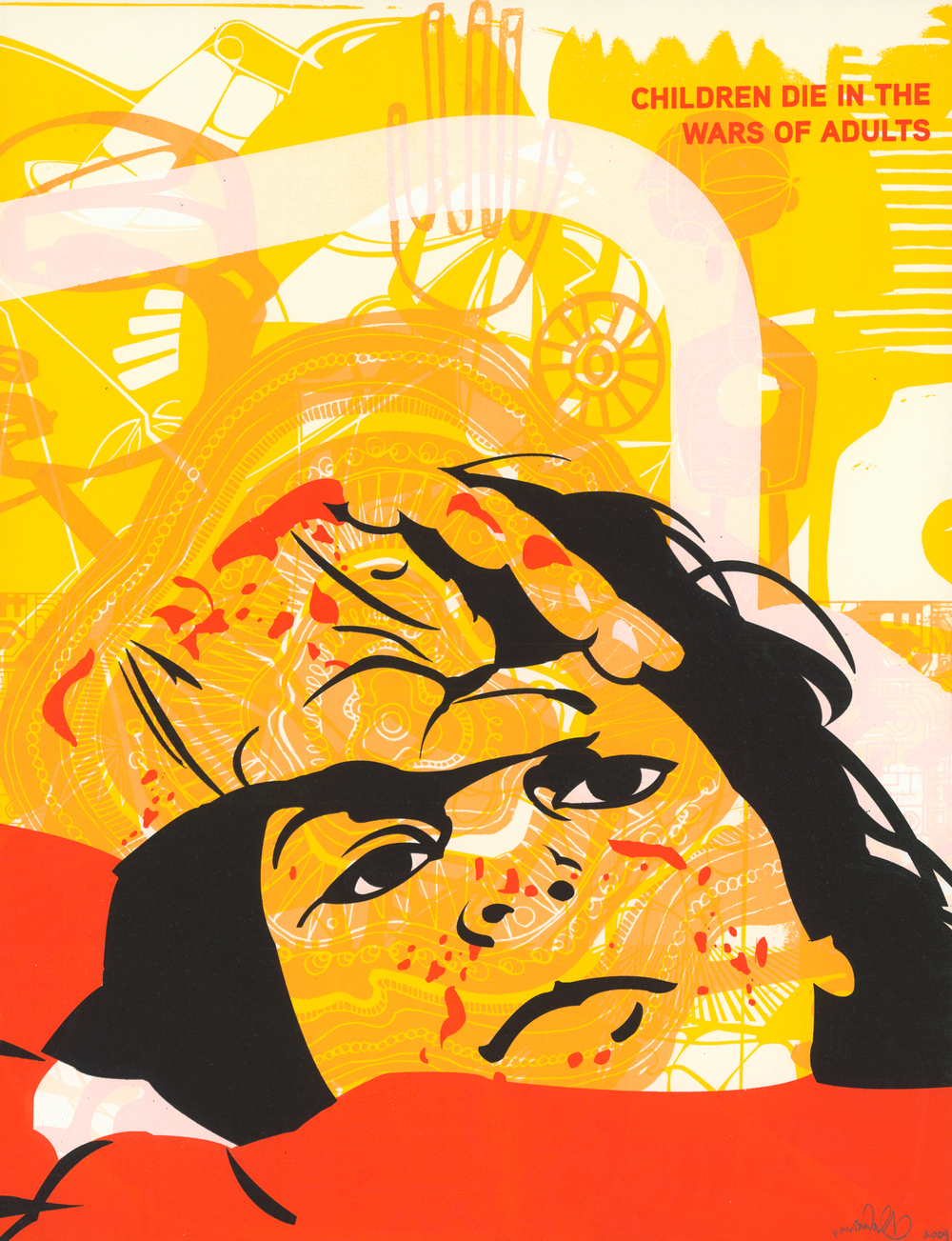 Children Die in the Wars of Adults

In 2009, throughout the tenure of the Obama administration, I was active in creating art against the wars that our government was waging in the Middle East. I created this poster to show that children suffer significantly because of war and military bombings. I am anti-war because I am anti imperialism, and I don't believe in subjecting human beings to the violence of the military. The design of this poster is based on a famous poster from the Vietnam War era, which depicted a white woman wearing lipstick while a Vietnamese woman had blood on her face. Although I printed a small edition of this work, I didn’t release it in 2009 due to its graphic nature. It is one of the few art works in which I show blood and violence.