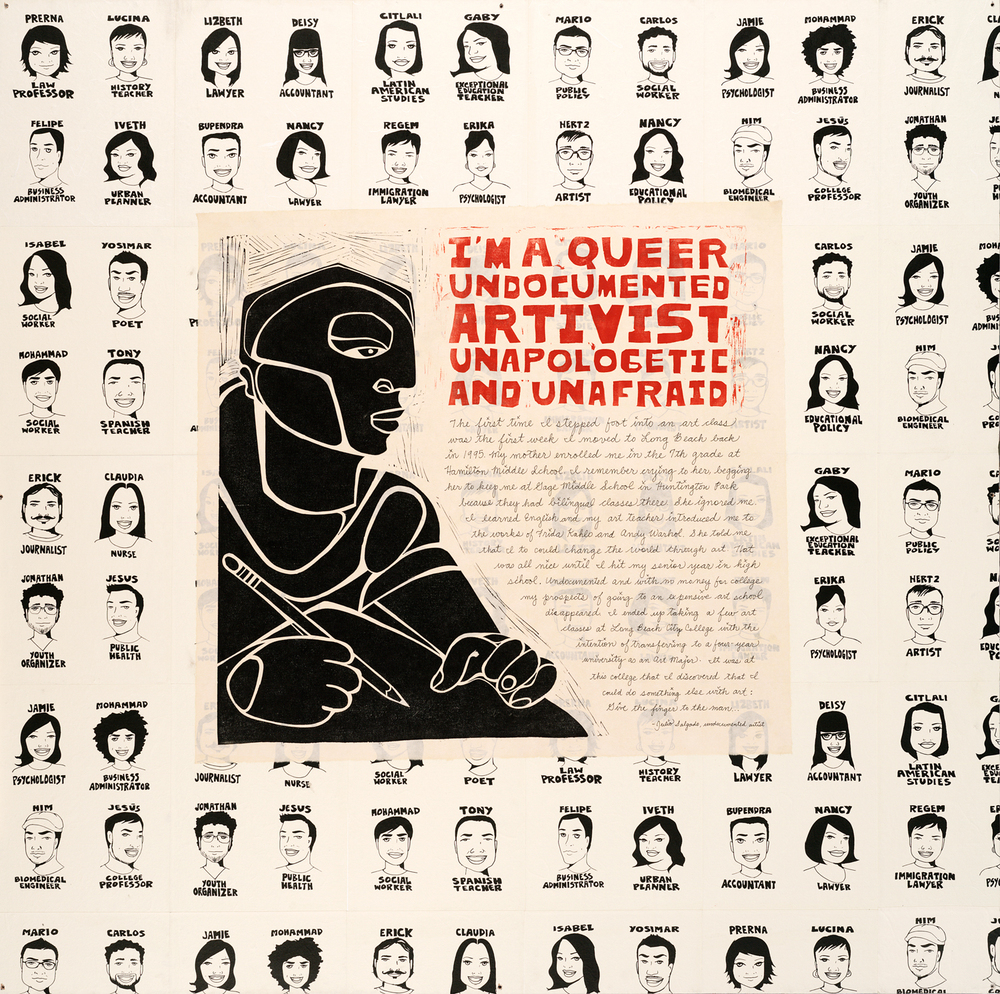 I created this diptych collage to call attention to migrant youth being impacted by former President Obama’s deportation policies. During 2011, migrants were being deported at a rate of 1,000 a day. Some of the most affected by these policies are youth who were brought here when they were children, and were now in their teens or early adulthood. This age group of the undocumented community often call themselves "Dreamers."

The word 'Dreamer' evolved from a 10-year legislative fight to pass a piece of legislation known as the DREAM Act, which would allow undocumented youth who were brought to this country at a young age the opportunity to earn legal status if they met certain conditions, including attending college or joining the military. The DREAM Act was first introduced in 2001 yet never passed at the federal level as a pathway for legalization.

2011 marked 10 years since the DREAM act had been introduced, and a powerful youth immigrant social movement had emerged, led by undocumented students themselves who often declared they were "Undocumented and Unafraid.” This bold and courageous rejection of the term "illegal" created an unstoppable force of of undocumented youth organizers, who spearheaded and coordinated campaigns around the country to secure the rights of all immigrants.

Since 2009, I was following and supporting DREAMers around the country and making art about their challenges and victories. This piece contains the stories of undocumented youth and their support, disillusion, and at times, rejection of the DREAM Act. My linoleum block prints focus on the stories of three undocumented people: Prerna Lal, Julio Salgado, and an anonymous Oakand high school student.

This diptych collage was a collaboration the artist Julio Salgado. I met Julio, a undocumented, queer, artist activist who would draw portraits and posters of his undocumented peers during their key organizing moments, whether they were being arrested in the White House or conducting a hunger strike. I was so inspired by his story and his craft, that he became one of the centerpieces of this piece. The cartoon figures that form a pattern on the collage are Julio's drawings of undocumented youth and the careers they would want to pursue if they had the ability to become legalized.