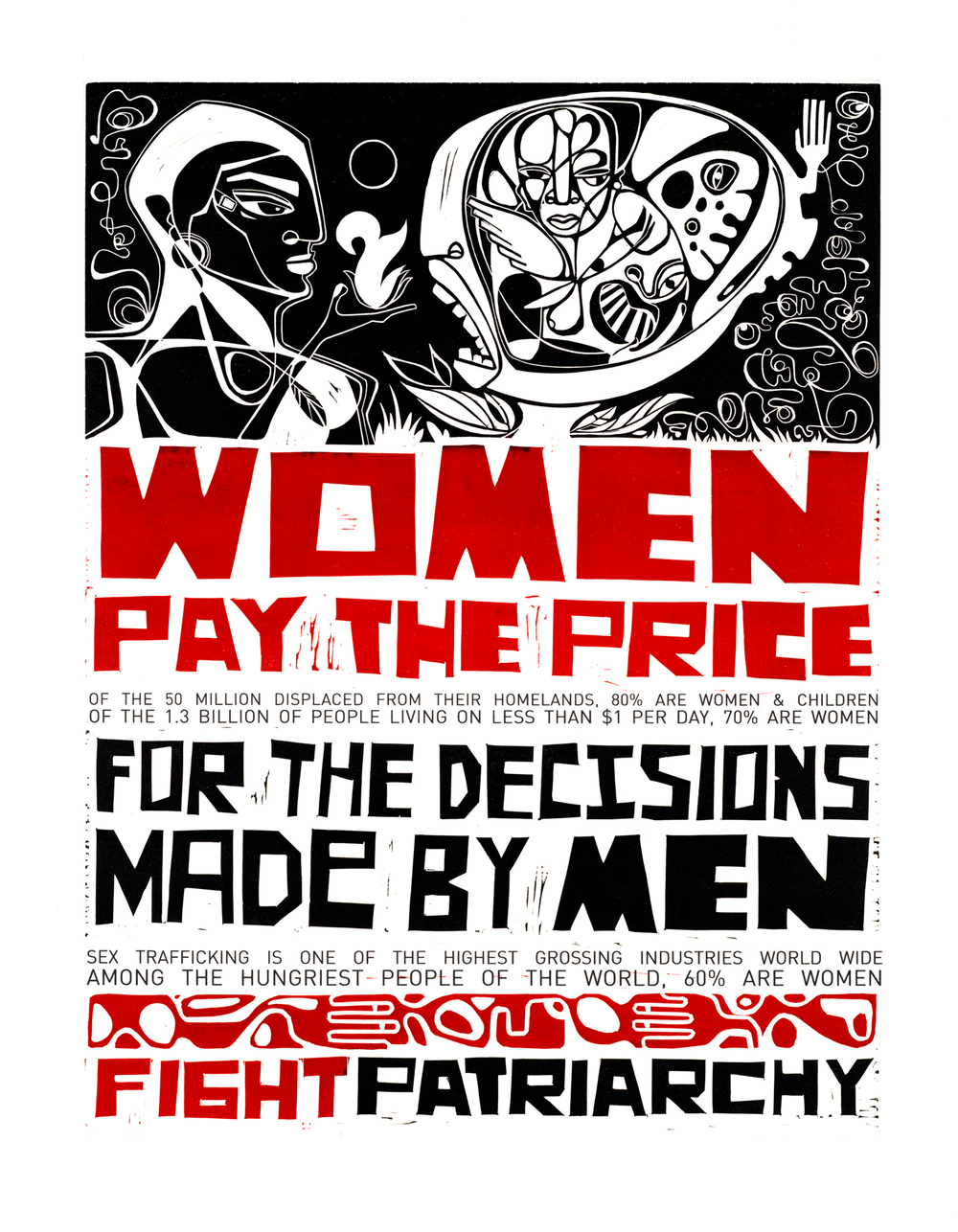 The idea for this print came to me when I was reading an essay by the Bay-Area writer, activist, Maryam Roberts, in the magazine Race, Poverty and the Environment, where she explained, “War, militarism, and climate change are destroying countless communities worldwide and women are paying the highest price. It is now more dangerous to be a woman than to be a soldier in modern conflict.”

The linoleum block print is one of a few artworks from this era that was composed predominantly by text. My intention was to give folks a very clear understanding of the consequence of patriarchy at the global level.

At the top portion of the print, there is a woman feeding a seed to a snake. This imagery was inspired by a song by Silvio Rodriguez, the Cuban singer and founder of La Nueva Trova music movement. In his beautiful song, Sueño con Serpientes (I dream with serpents) he sings about the sheer ugliness and brutality of empire.