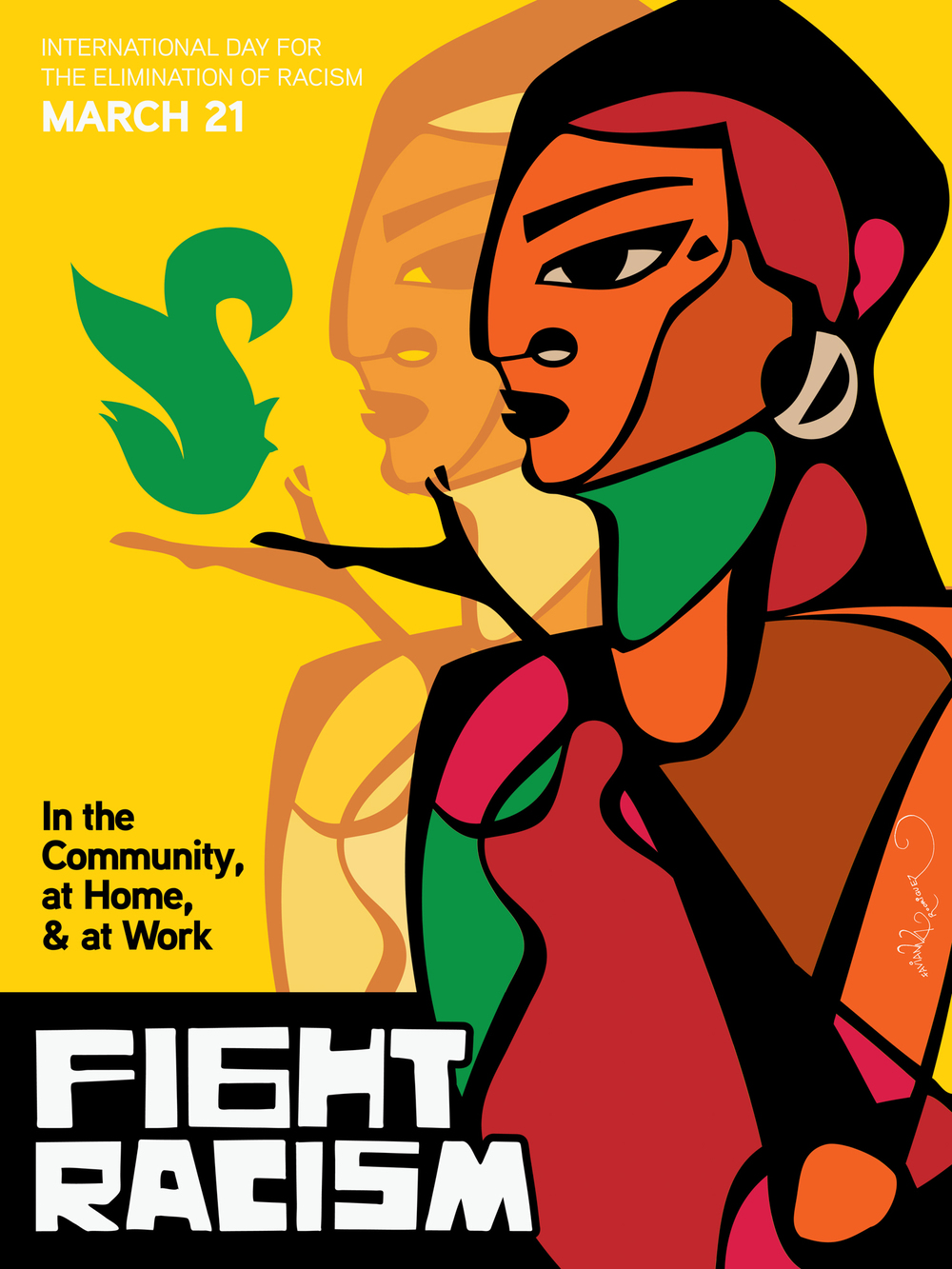 This piece commemorates the International Day for the Elimination of Racism, celebrated each year on March 21st. On that date in 1960, more than 60 black demonstrators were killed and about 180 wounded by South African police in South Africa when they opened fire during a protest demanding an end to apartheid. “Apartheid called for the separate development of the different racial groups in South Africa. Apartheid made laws that forced different racial groups to live and develop separately. It tried to stop all inter-marriage and social integration between racial groups. During apartheid, to have a friendship with someone of a different race generally brought suspicion upon you, or worse. More than this, apartheid was a social system which severely disadvantaged the majority of the population, simply because they did not share the skin colour of the rulers,” explains South African History Online. The strong figure in the piece is a woman of color who is planting the seeds of an anti-racist future. A core part of my artistic practice is the elimination of racism through art and culture.

This poster was developed in collaboration with British Columbia’s Hospital Employees Union (HEU), a strong, socially-conscious union and a defender of public health care in Canada.