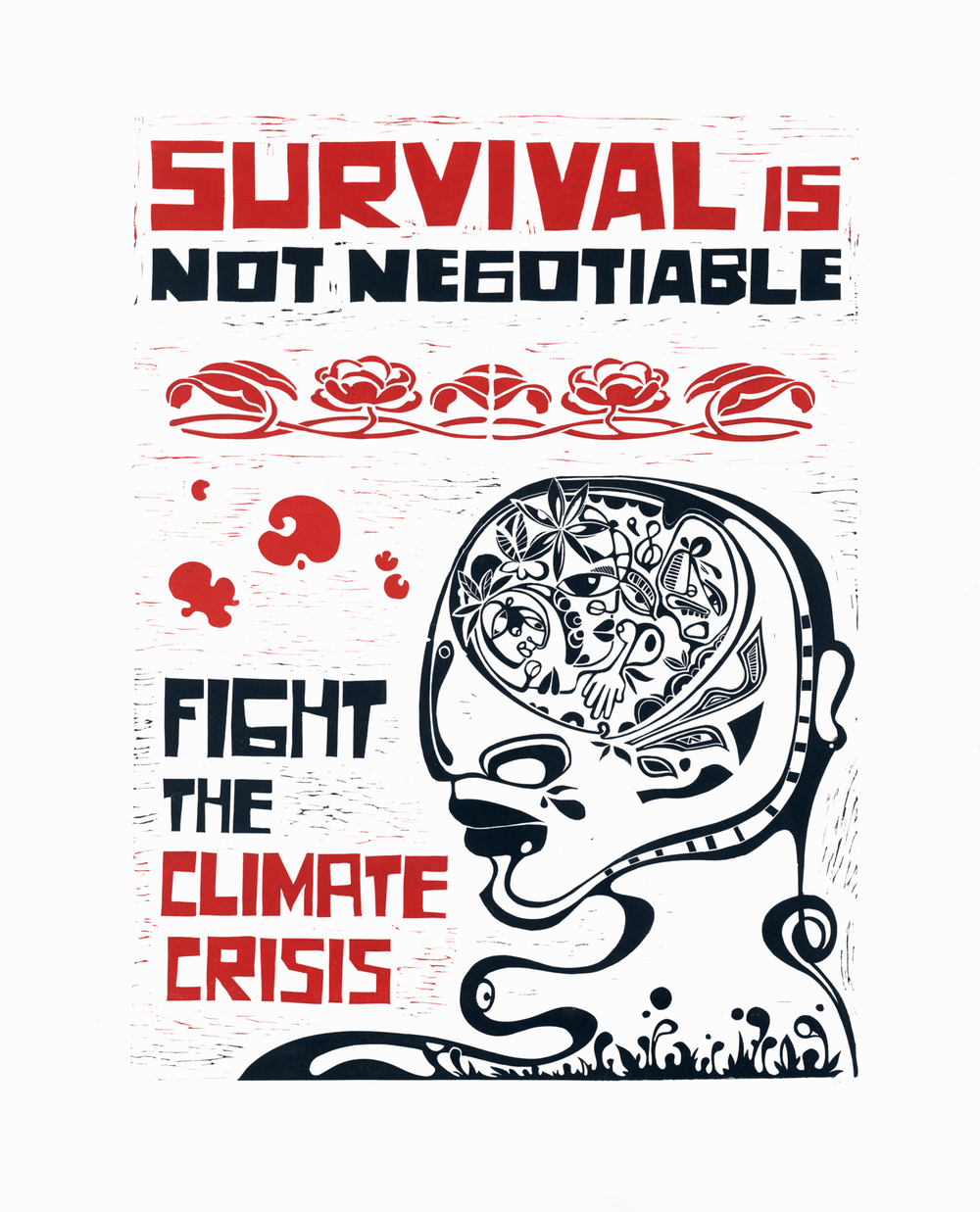 This linoleum print was inspired by the work of the environmental organization, Urban Habitat, who for years published a journal titled, “Race, Poverty and the Environment.” Although I grew up in a polluted community, I did not have the language to talk about the climate crisis as a racial justice crisis.

Around 2010 when I created this print, I was learning about the framework of climate justice. Over the following years. I began to center environmental issues in my art. This concept was shaped by a photo I saw in an issue of RPE that showed a multi-racial group of activists holding a sign that read, “Survival is Non-Negotiable.”