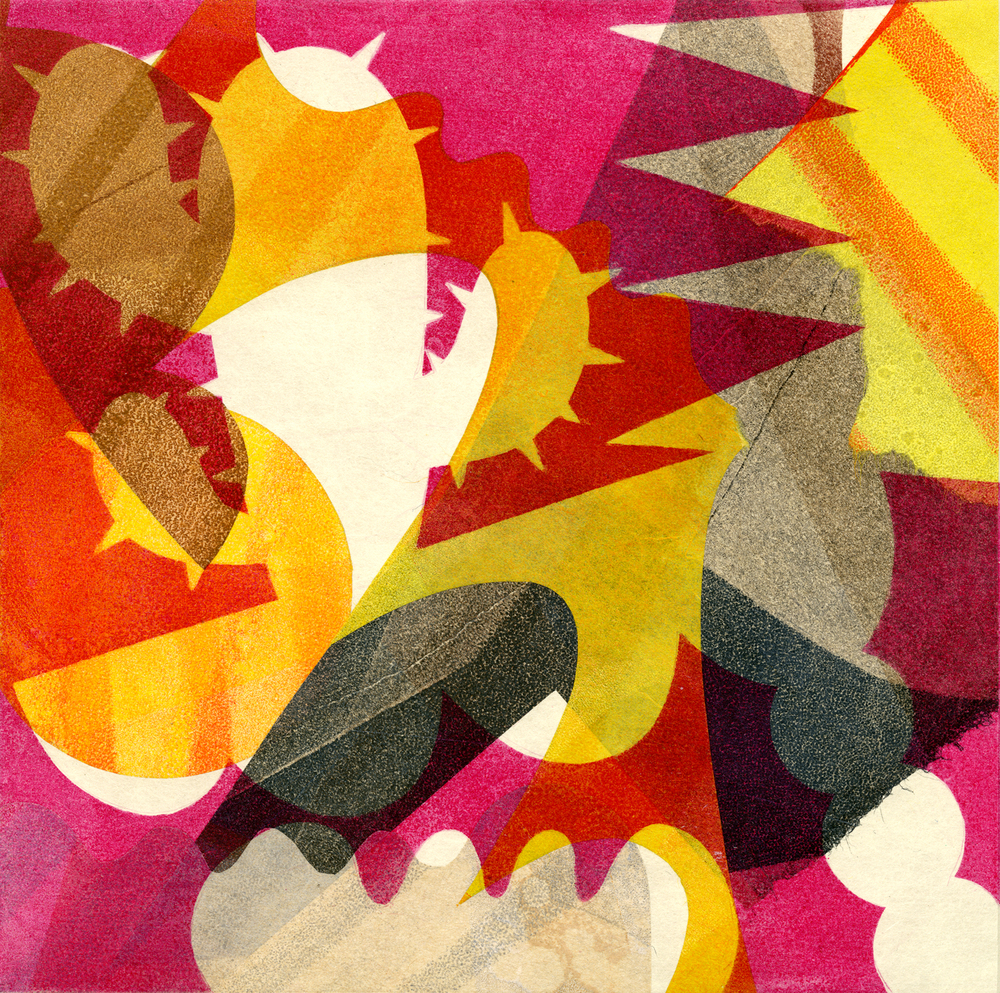 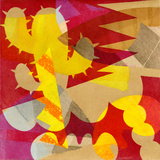 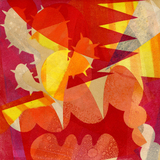 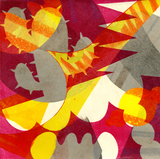 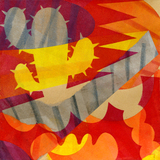 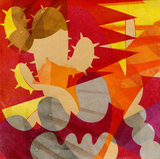 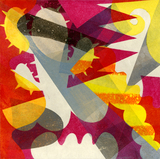 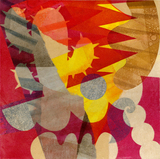 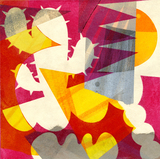 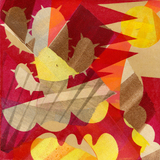 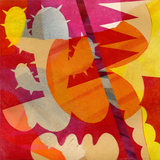 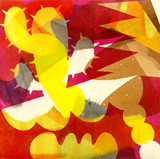 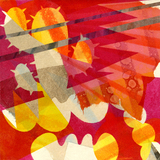 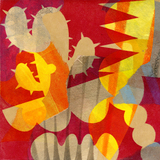 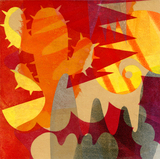 This series is about our deep connection to nature. In this edition, I continued with the experimentation of aquatint etching which had begun with the series titled Freedom. I used an 8 x 8 inch square area to play with the layering of collage and ink. Shapes are cut from monotypes and are overlaid upon each other, to form a language of multiplicity and interconnectedness. I created these works during busy months in which I was dealing with crisis after crisis at my non profit. Yet each week, I would enter the refuge of my studio to take small steps towards completion.

This series of experimental editions were part of a larger body of prototypes that were intended as learning opportunities to evolve my mark making. Similar editions created with the goal of testing and learning were Freedom and Plurality.