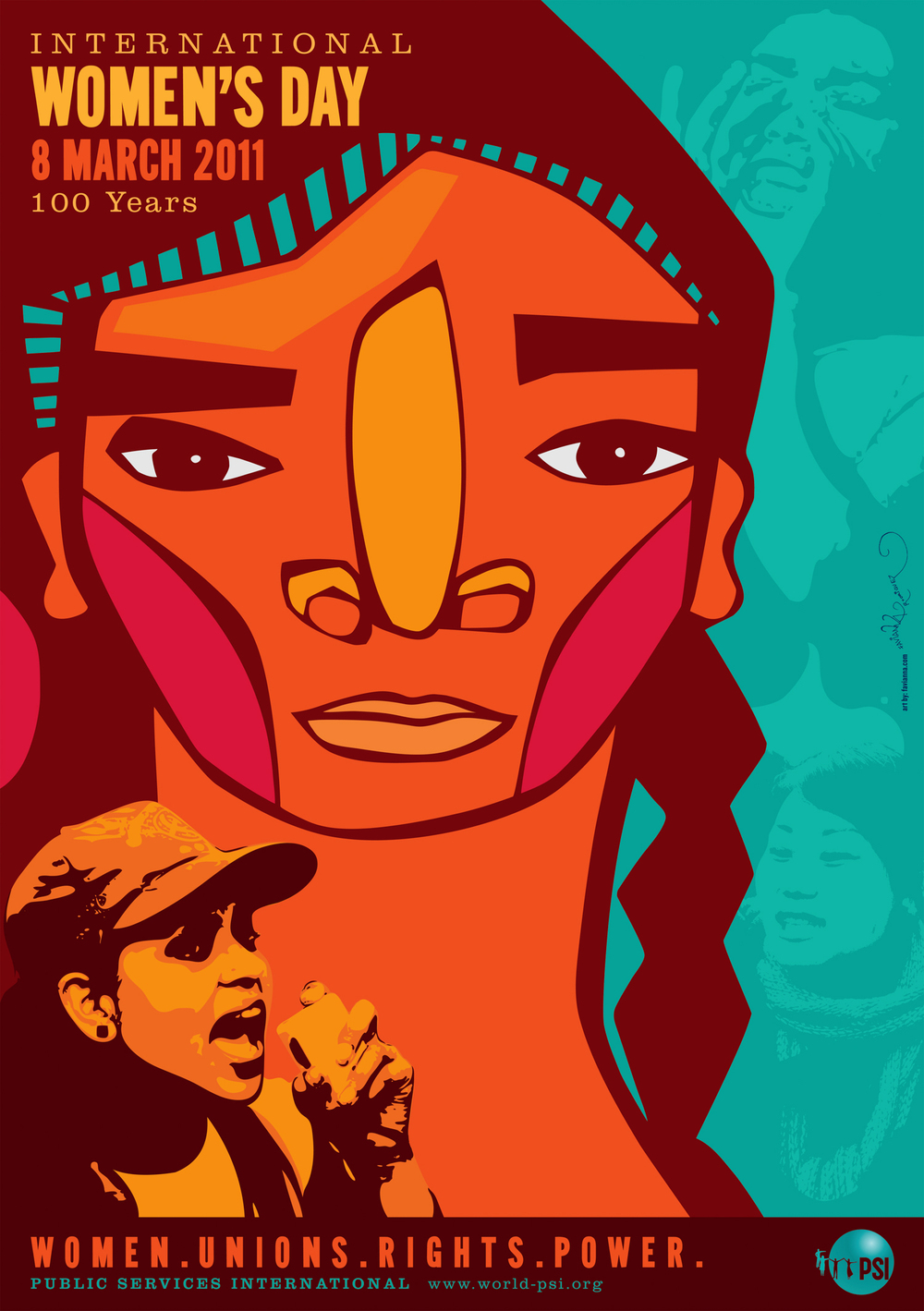 This piece celebrates the 100th anniversary of International Women’s Day. The image depicts a Latina worker organizing her community to stand up for the rights of immigrants. Behind her is a depiction of a feminine figure symbolizing both Mother Earth and every woman on the planet. There is no eye on the figure because the woman is all of us.

In my art practice, I intentionally draw women as powerful, bold, and inspiring beings. One of the greatest challenges for me growing up was to gain my self esteem as a young woman of color because most of the depictions I saw of women showed them as white, thin, blonde, and hyper-sexualized. I became an artist in order to claim my voice, and to show women in our fullest capacity.

This piece was commissioned by Public Services International (PSI), a union based in Geneva, Switzerland, that represents 650 public sector trade unions and their 20 million public sector workers – the majority of whom are women.