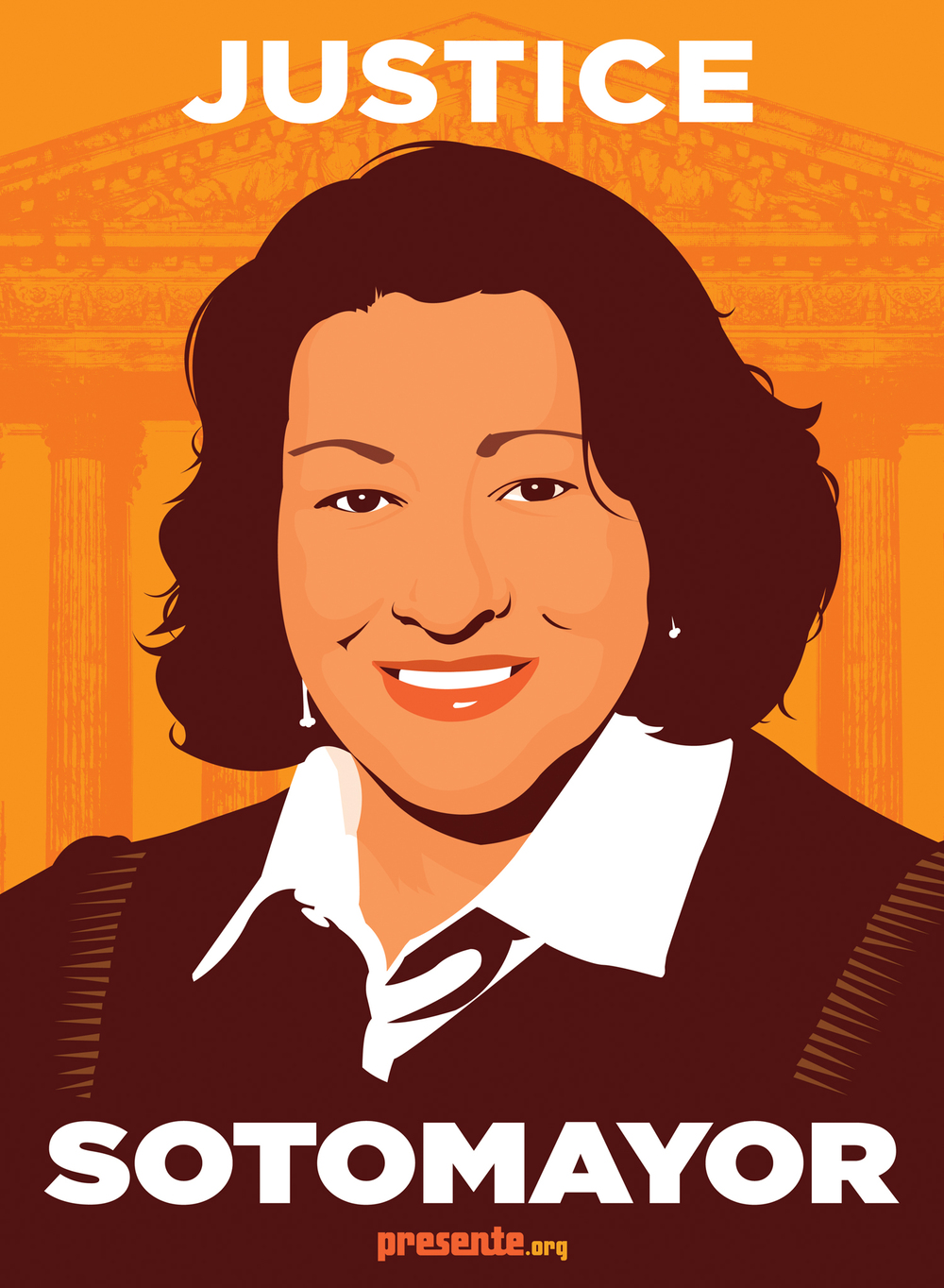 I was thrilled when Sonia Sotomayor was confirmed as a Supreme Court Justice after being nominated by President Barack Obama on May 26, 2009. Sotomayor is the first Latina Supreme Court justice and carries a very strong track record of serving the people. I created this print with the Latinx organization, Presente.org, to celebrate this historic moment. I was very lucky to get this print signed by Sotomayor herself. It just so happened that my friend in New York was her massage therapist around 2010, and was able to get her to sign it. I was honored to create this piece to celebrate Sotomayor at a time when she was getting a lot of criticism by white men and Republicans.