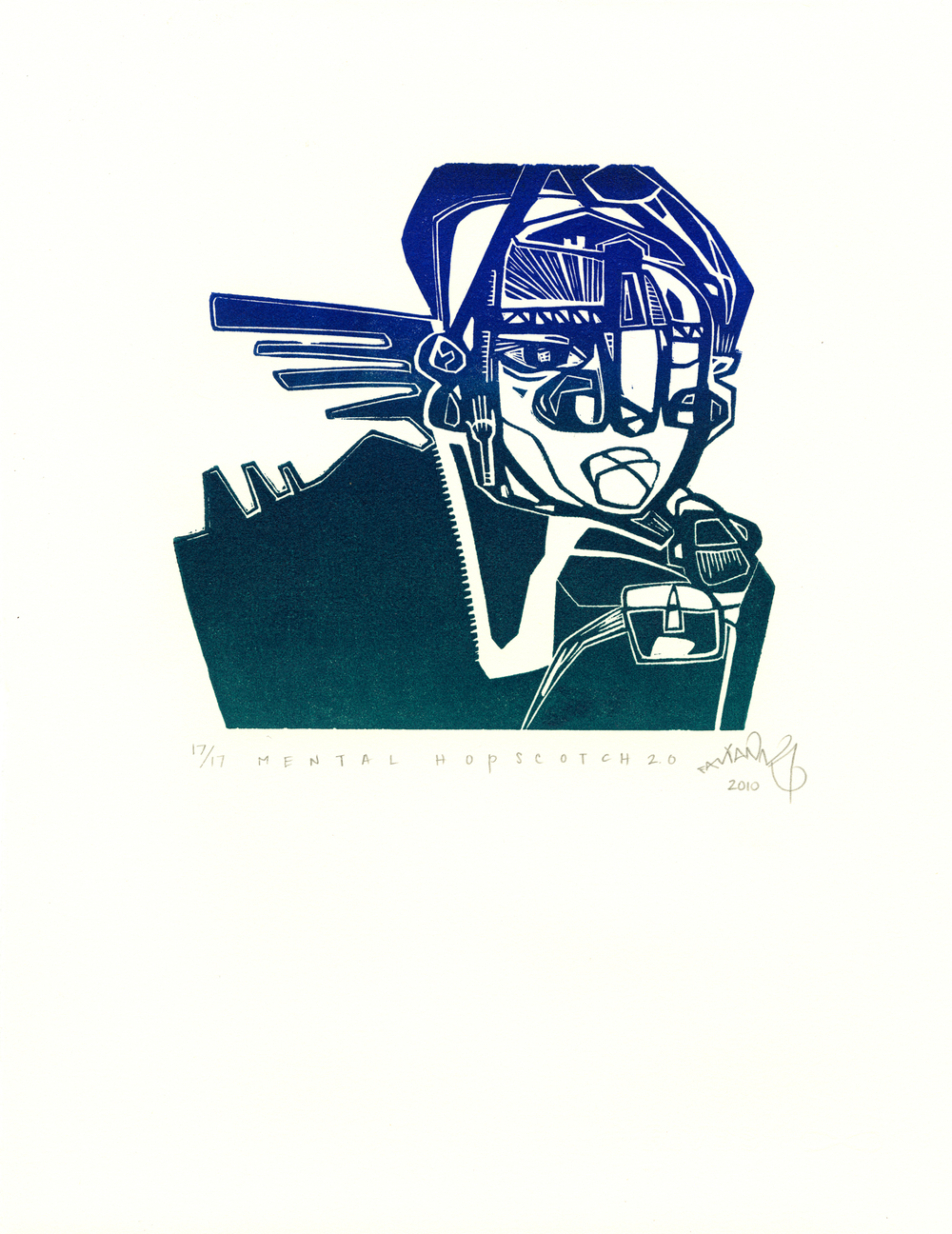 This letterpress print is a portrait about a woman who is consistently obsessing about her future, while dissecting her past. The piece is named after a song by Missing Persons, an 80's band originating in Los Angeles. There were some lines in the song "Mental Hopskotch" that inspired this image: "Sometimes you say you will sometimes you say you won't you always keep me waiting waiting hesitating hey yeah At times I think you do at times I think you don't my mind is rollerskating, skipping, jumping rope, and fading"