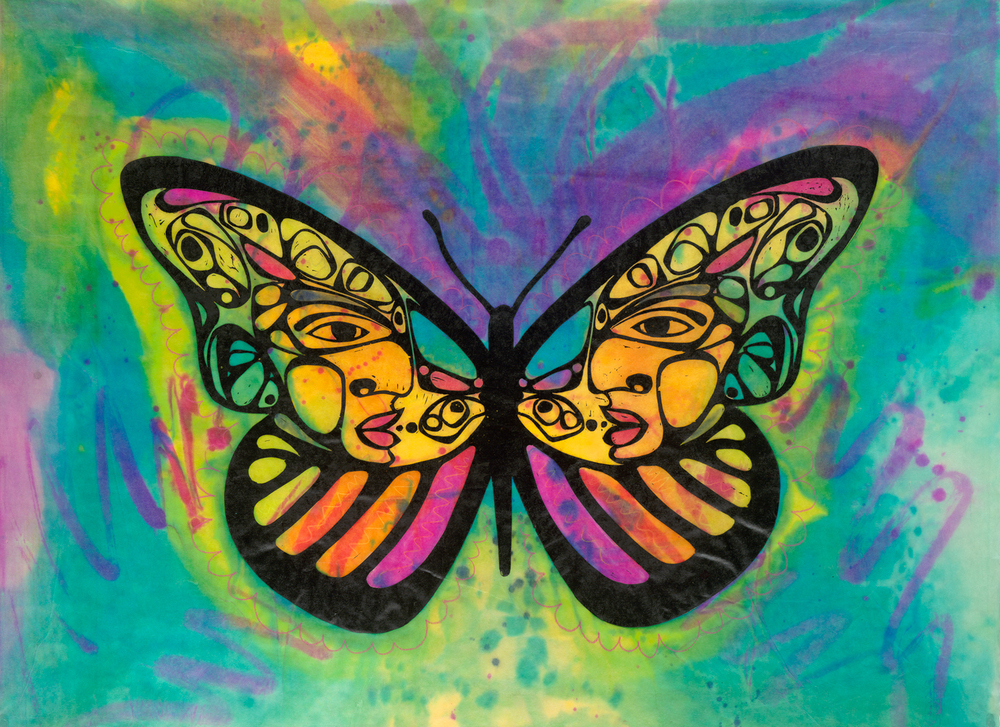 This series of prints celebrates the beauty of migration through the metaphor of a monarch butterfly. Human beings are a part of nature, and nature has no borders. The butterfly is a symbol for the right of all living beings to move freely. Like the monarch butterfly, human beings cross borders in search of safer habitats. Like the monarch butterfly, human beings cross borders in order to survive. In this figure, each wing shows a human profile. The faces are looking at each other with love and dignity. The phrase, "Migration is Beautiful," celebrates the resiliency, courage, and determination of migrants who come in search of their dreams, and invites you to imagine a world without borders.

I originally launched the “Migration is Beautiful” campaign in 2012 at the Democratic National Convention in protest of Obama’s record breaking deportations. At the time, former President Obama was deporting over 1100 immigrants a day.