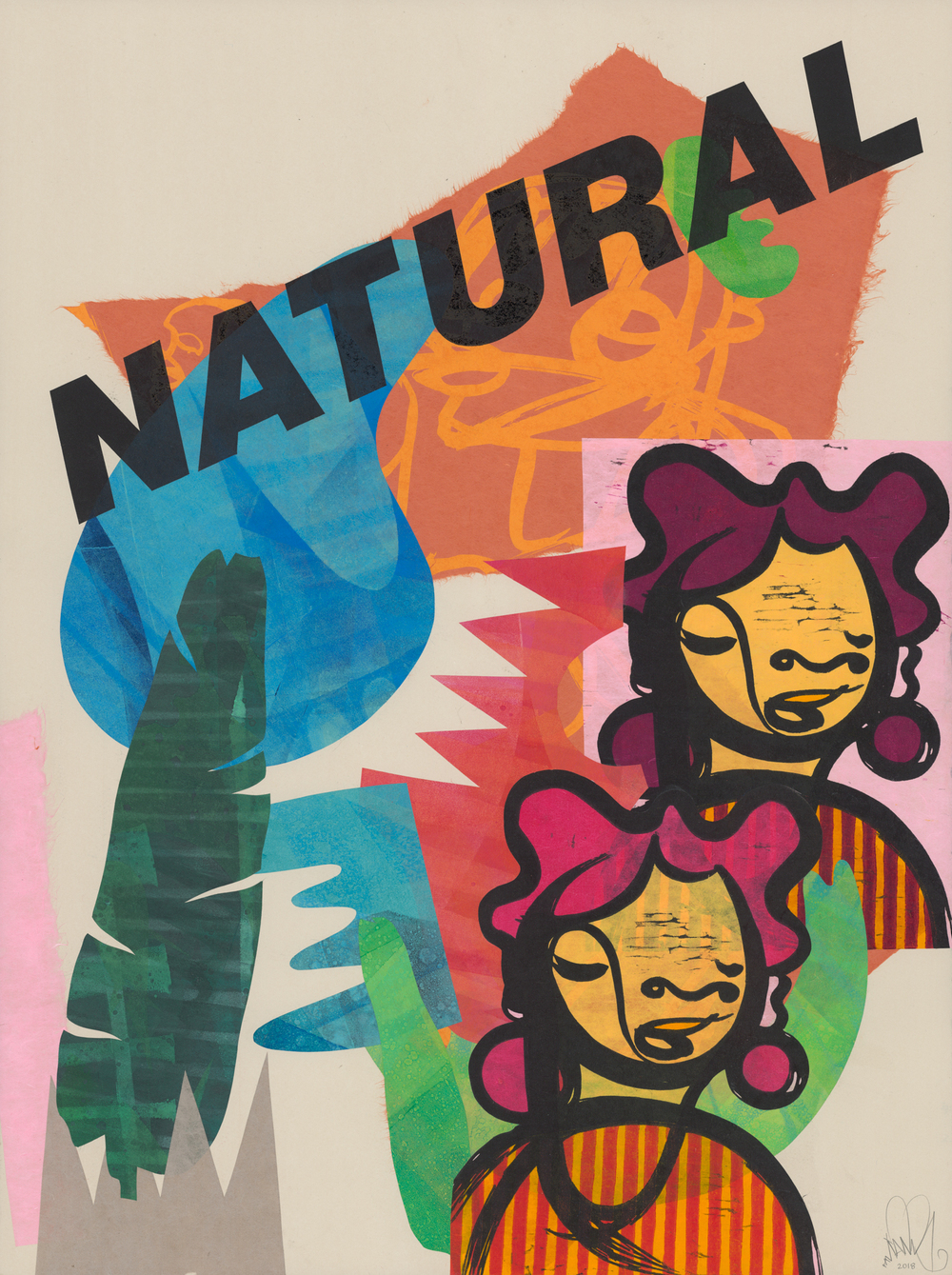 This print is part of a series in which I combined language and collage for the first time. From 2014 to 2017, most of the collages I created were abstract or figurative, and they rarely included words. I only used written language in my social justice posters in order to be direct with my message. But in my fine art I mostly stayed away from the written word because I wanted to explore how my art would evolve without explicit political messages. In 2018, I became curious about blurring the lines between my fine art and my social justice art. I began to experiment with printing stenciled words over the collages in various ink colors and opacities.

Often when I would be in my studio, I would take close up photos of my works in progress and type words over them in large letters before posting to my Instagram stories. I soon realized I could carry over the Instagram font to the analog world and incorporate words into my physical collages, as a nod to the technology that I used daily. The collages began as singular compositions on Rives paper and evolved to incorporate wood block figures in compositions that resembled a quilt.