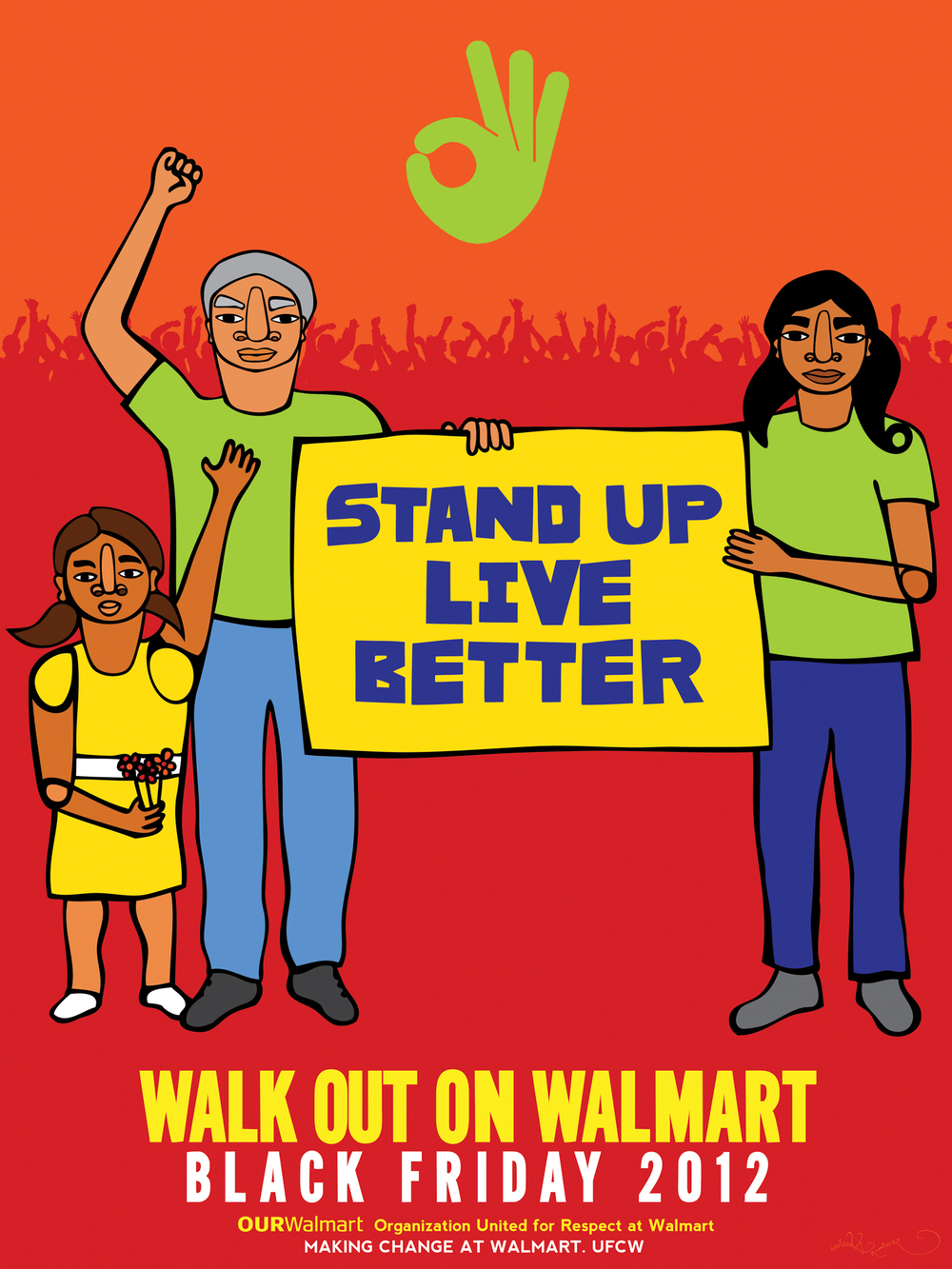 This poster was created to celebrate Our Walmart, a group of Walmart associates who came together in 2011at Walmart’s headquarters in Bentonville, Arkansas to share their experiences and build a vision for change. I collaborated with the worker over three years, with the support of my non-profit organization, CultureStrike.

The workers organized and created the Declaration of Respect to call on Walmart to publicly commit to raise pay and fundamentally change how the corporation treats associates.
As of 2019, they had successfully moved Walmart to raise base pay from $7.25 to $11 an hour.

An organizer with the OUR Walmart movement shared this powerful statement:

“As our workers came together with your team and worked on images and symbols that define their organization and images that they used in a march and rally to show their hopes and aspirations, making art allowed them to quickly bond across race and gender and other differences to see a shared vision for the future. The art that was produced was critical in helping to elevate and focus our public message. As you can see from the summary of the attached press clippings, the art that we produced with your team was featured prominently. Protest and marches occur all of the time, but producing iconic images, as we did with your team, are essential to convey a targeted message.”