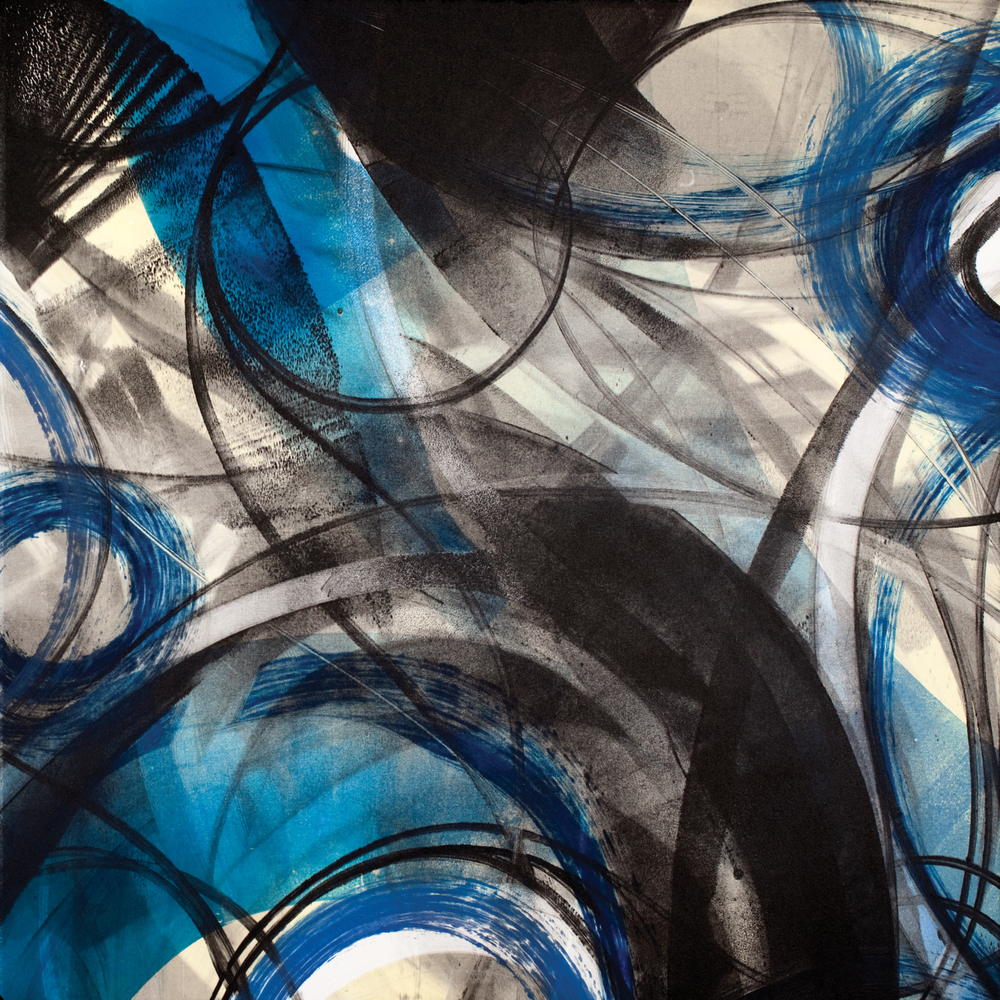 This piece is part of a suite of prints developed in the winter of 2012 when I was an artist in residence at Atelier Circulaire in Montreal, Canada. Those two weeks in Montreal were painfully cold and I had never been to a French-speaking city. With no access to my cell phone and no friends in the immediate area, I worked in the studio day and night and was mentored by master printer, Carlos Calado.

Calado pushed me outside of my comfort zone, encouraging me to experiment with a limited color palette. It was the first time I printed monotypes on a lithographic offset machine and in those two weeks, I learned to relinquish control, unable to anticipate the outcome of each print.

Removal, Release, and Remembrance are my foray into the craft of lithographic printing. I began by experimenting with the possibilities of a technique called wiping. In this series of abstract monochromatic prints, I played with circular motions and curves. It was an intensive, hands-on learning experience, as I was learning to use my fingers to influence the design, running them along the cloth and wiping away the ink. In Release, I was both wiping away ink and applying it with a brush, creating both negative and positive lines. As I became more familiar with the process, I incorporated the color blue into Remembrance.

Removal, Release, and Remembrance are aptly named after the literal process of removing ink, releasing – or letting go – artistically, and remembering or committing these acts to memory. During my two weeks in Montreal, I was also working through romantic hardships. This series served as a reminder to remove toxic people from my life, letting them go, and remembering the lessons that my partners taught me.