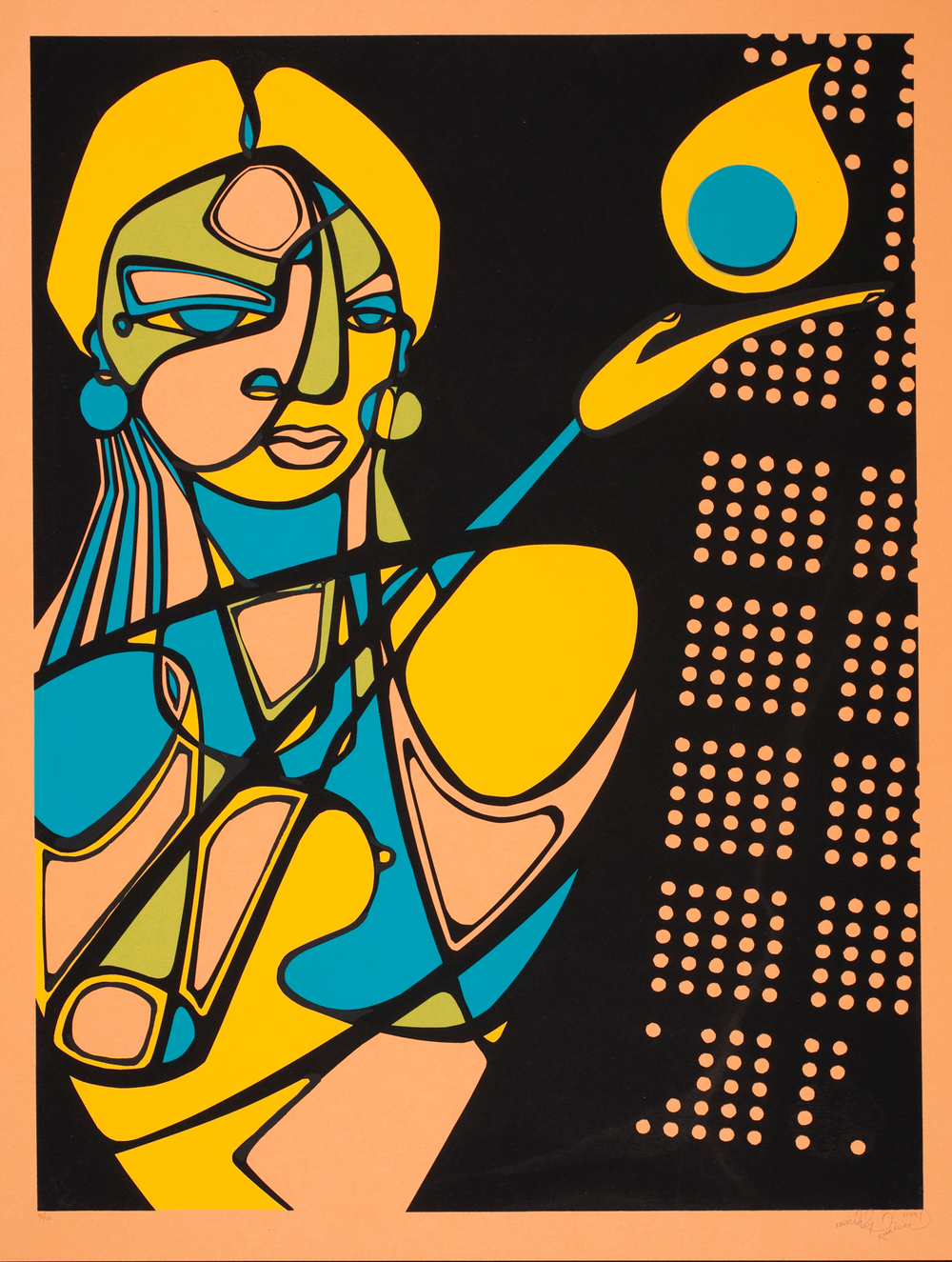 Running Up That Hill

This piece celebrates indigenous water protectors and their fight against multinational corporations who want to own, steal and extract water for profit. Around the continent, Native peoples are fighting for all our human right to water. When I created this piece in 2009, it was in response to indigenous resistance in Mexico and other countries in South America.

Following the implementation of NAFTA and "Free Trade", land and water that had once been held communally by native people or seen as being property of the public became available for private ownership. In 2016, I reshared this work to serve as a homage to the Water Protectors at Standing Rock. The ongoing battle to protect water, and to keep it clean and accessible, is a long and historical one that has been led by Native people. The small circles in the background of the piece reflect the increasing privatization of water and how it’s becoming scarce.

The title of the piece, Running Up That Hill, is from an 80’s song by Kate Bush.