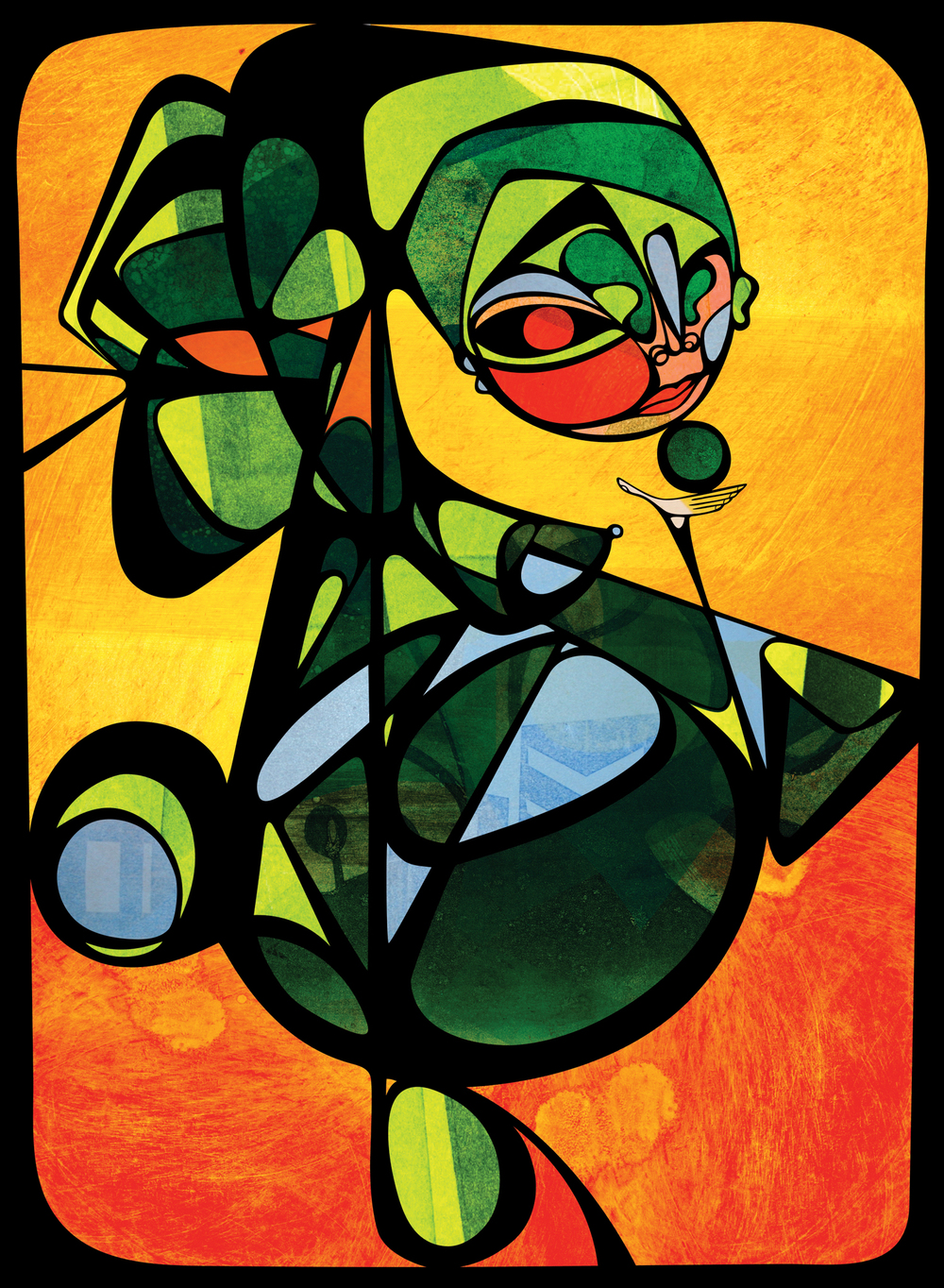 She Made Me Nervous

This piece was created during the winter of 2012 when I was an artist in residence at Atelier Circulaire in Montreal, Canada. I spent my days working closely with master printer, Carlos Calado, printmaking on a lithographic offset press for the first time. In the evenings, I would spend time in the computer lab to explore digital art approaches. The figures in this piece began with drawings that I scanned and then combined with monotypes I had created years prior, in 2010 and 2011. This was a common creative practice I was doing in 2012 - developing a library of colors to be repurposed in digital collages.

In this series, I returned to the bold, black lines that I was avoiding during my daytime lithographic printing sessions as I developed works like Mi Vida Loka and Encounter with Self. At the time, I was hoping to achieve balance between combining analog and digital forms. The monotypes used in this series were created over two years in cities like Berkely and Portland. Working in this way allowed me to create a “library of memories” that I could draw from to create my narratives.

She Made Me Nervous was named after a song from the 1980’s, my favorite era. It’s taken from the song “Down Under” by the Australian band, Men at Work. The lyrics say, “I met a strange lady / She made me nervous.” The piece portrays a woman finding her way among chaos. When creating the figure, I was inspired by the hard shells of cockroaches (or “cucarachas”), a metaphor for the resilient exteriors of migrants and their offspring, and others in vulnerable positions who develop strategies to survive in the world. Also present is imagery that would become ubiquitous in my future art works: the big, round bellies of women and the circular shape emerging from the character’s hand, representing balance.