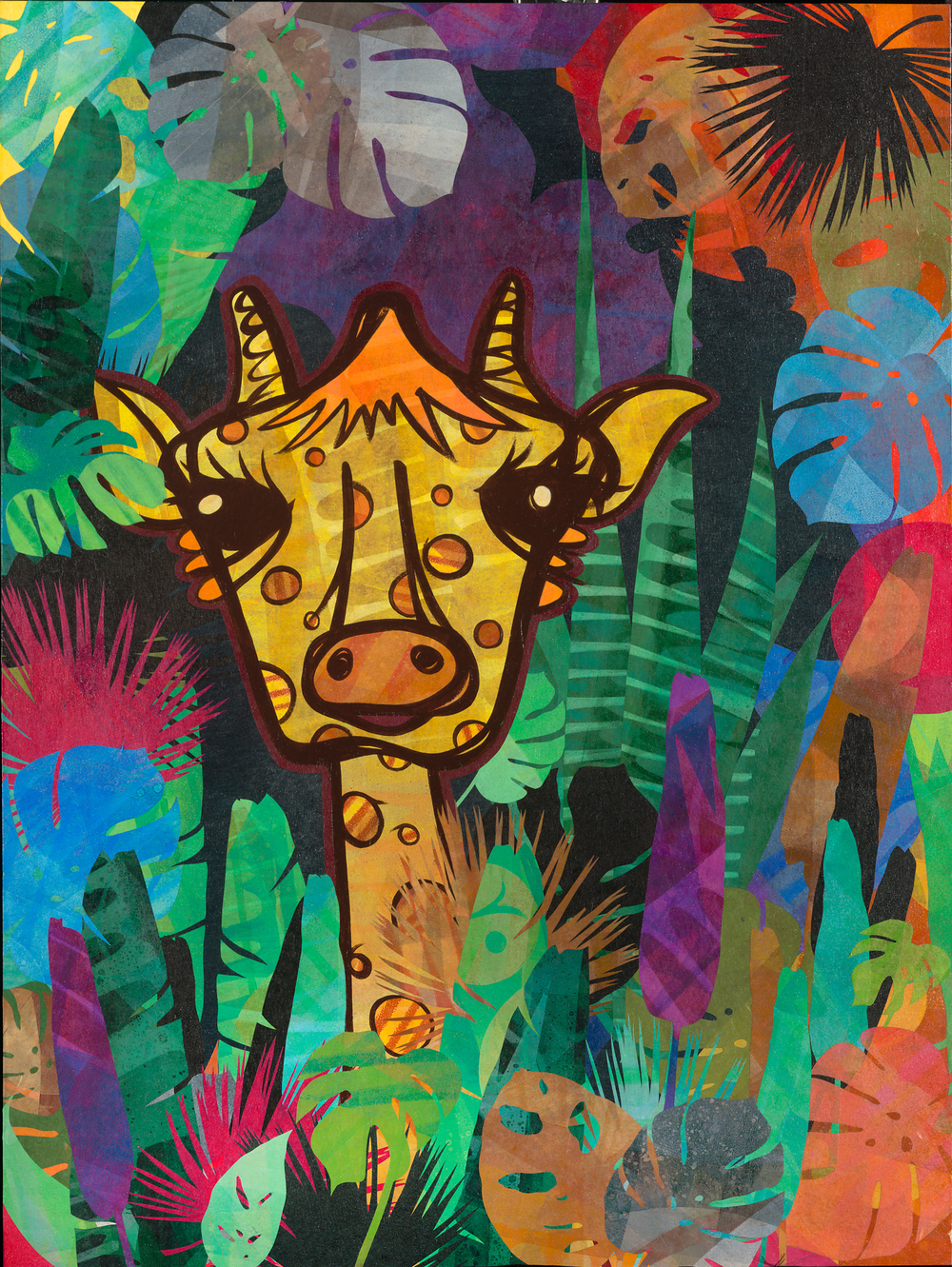 This work is about an 18-foot giraffe named Stanley, who became famous on social media during a dangerous wild fire in the Malibu mountains in 2018. Stanley rode out the firestorm at the Malibu Wine Safari along with other large, exotic animals because the risk of moving them was too great. The story of these animals helped show the plight of wildlife animals during California’s wildfires. While the fires eventually ceased, I depicted Stanley in what I imagined to be his original home.