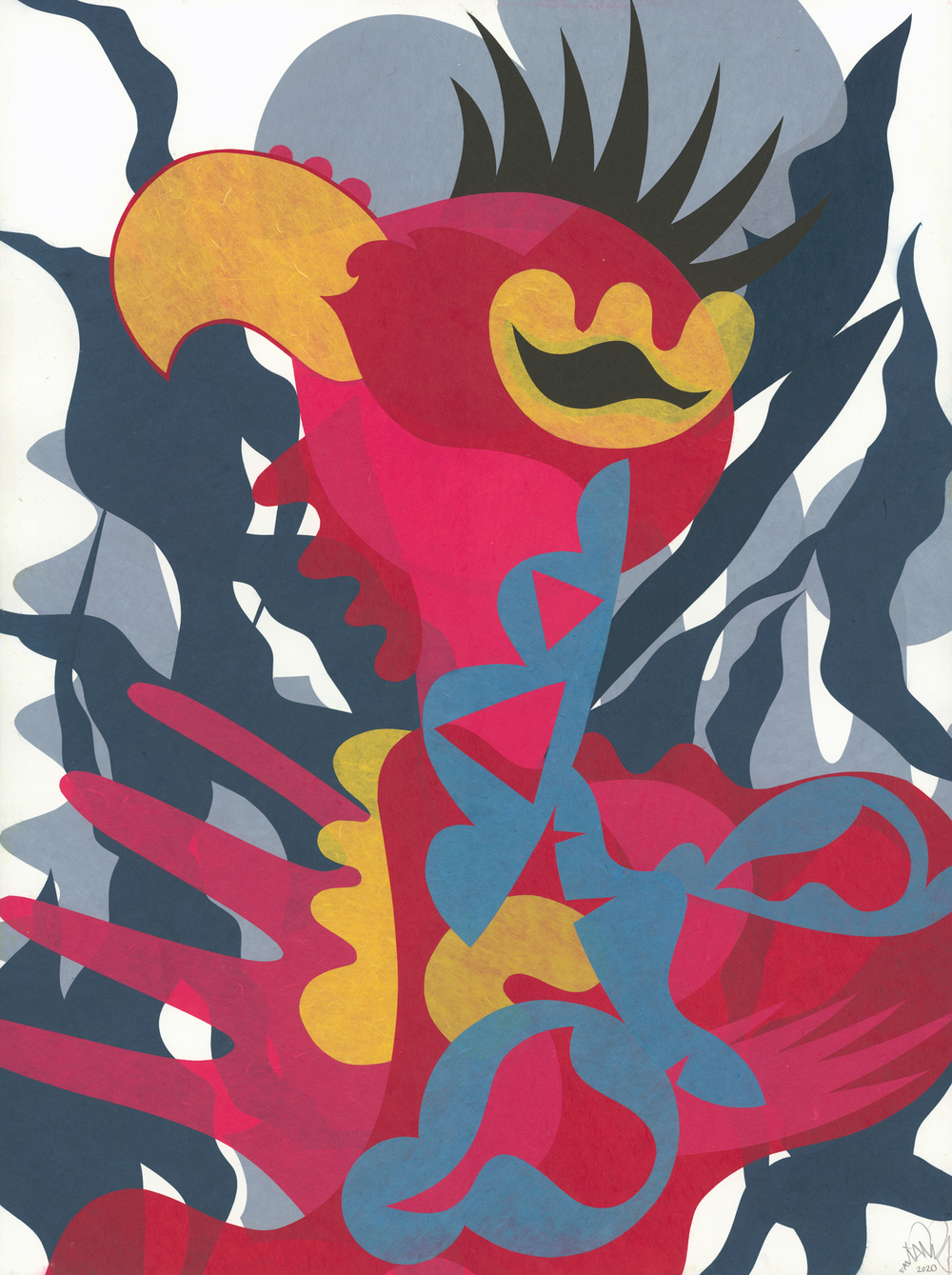 This collage celebrates the Scarlet Macaw, a bird that’s native to the evergreen forests of tropical Central and South America. In many areas, it has suffered local extinction because of habitat destruction or capture for the parrot trade. In my art and activism, I am committed to highlighting creatures around the world and I am passionate about the rights of animals because I believe that every living being is entitled to their body. Climate change and deforestation are killing species at an alarming rate. According to the UN’s landmark report, 1 million animal and plant species are already at risk of dying out to the point of extinction.