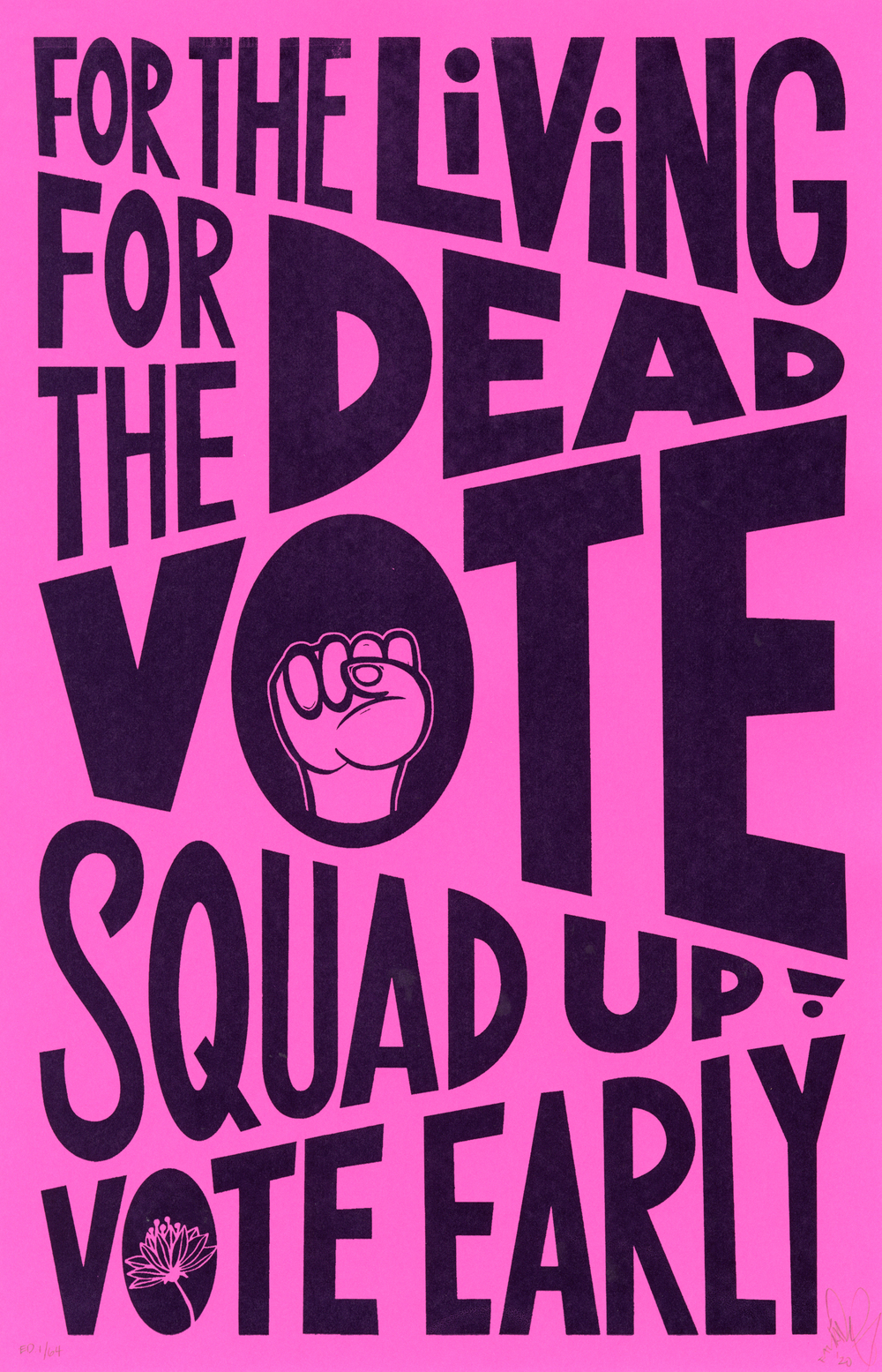 Vote for the Dead

I created this print to commemorate the hundreds of thousands of lives lost in 2020 due to our government’s inaction towards a deadly pandemic, as well as the racial violence that was happening throughout the country. By the end of 2020, over 400,000 people had died of COVID due to the horrific neglect of our state and federal governments. The Trump administration was largely responsible for these deaths as they refused to take the disease seriously and instead coerced states to reopen.
Those dying of COVID were overwhelmingly Black, Latinx and Indigenous. In my home state of California, in 2020 Latinx folks made up about 36.3% of the state yet we made up nearly half of the deaths. Frontline workers who are mainly Black and Latinx were getting rapidly infected, while they faced medical racism and poor health care. In some states, governors rushed to reopen the economy even when those who were dying were people of color.

Meanwhile, police violence and the punishment system was also claiming the lives of our loved ones. From Breonna Taylor to Sean Monterrosa to Tony McDade to George Floyd, the system of police violence stole the lives of our beloved community members in 2020. When we connected the dots, we could see that the system of white supremacy permeates many aspects of our lives, and values some bodies much more than others.

Voting in the 2020 election was one key way to build power and it’s the reason why I became so deeply involved in making artworks like this. My goal was to activate people to vote for candidates who care about our health and wellbeing, and who could be organized to get behind policies that will help our communities thrive.