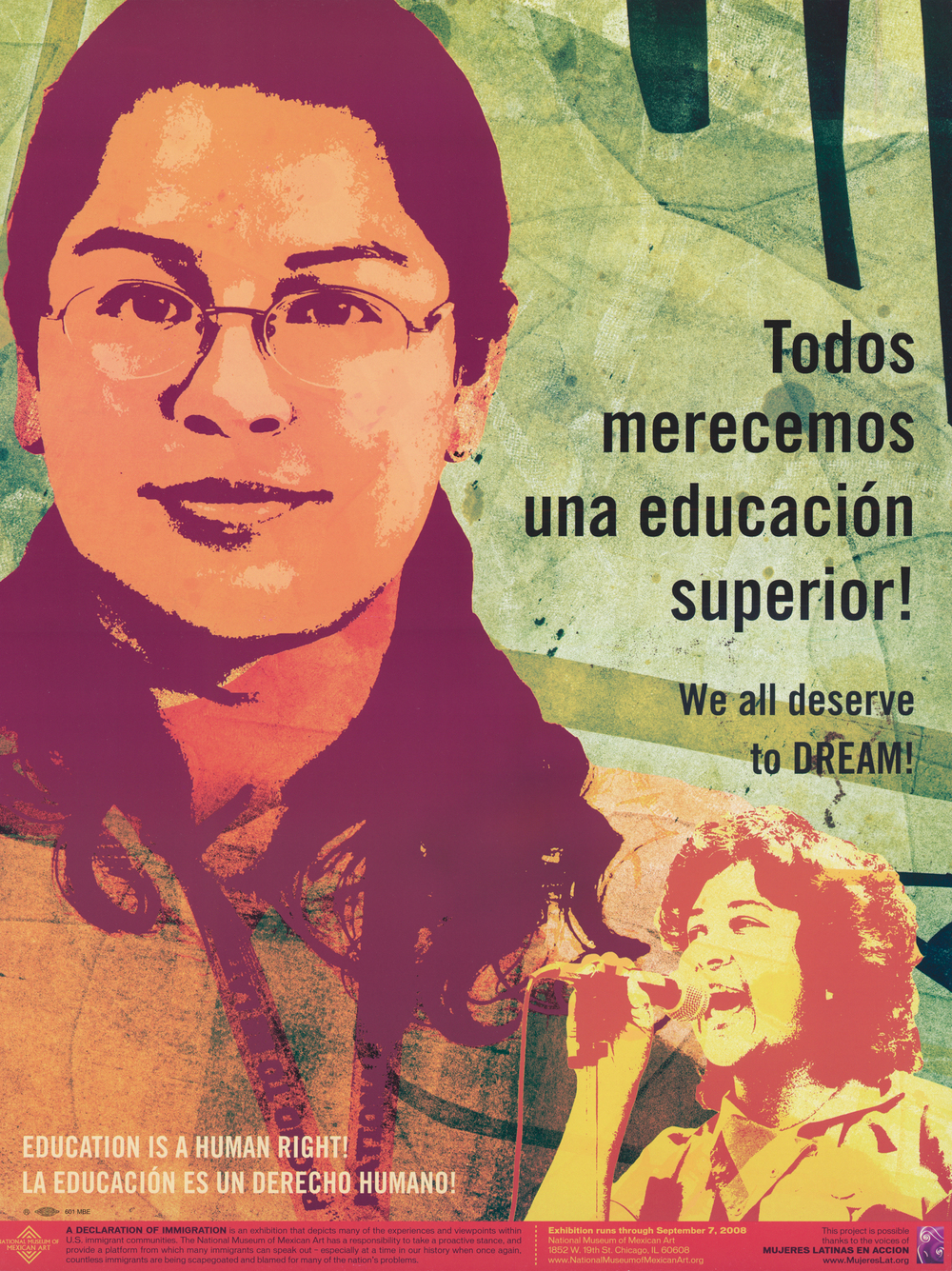 We All Deserve to Dream

This poster is 1 of 3 from a series of socially engaged works commissioned by the National Museum of Mexican Art. I traveled to Chicago in May of 2008 to collaborate with a local organization, Mujeres en Acción, and develop three posters about the Latinx immigrant experience. The three posters were reproduced, distributed and wheatpasted throughout the city of Chicago. Each image narrated a different theme - for example, the young, undocumented student trying to attend college; the fruit vendor, mother of four; the woman who has lived in the U.S. for over 20 years but just recently received notice of deportation. Each poster began with video interviews of organizers and members of Mujeres en Acción, which can be viewed here. Shot and directed by Geraldine Lozano.