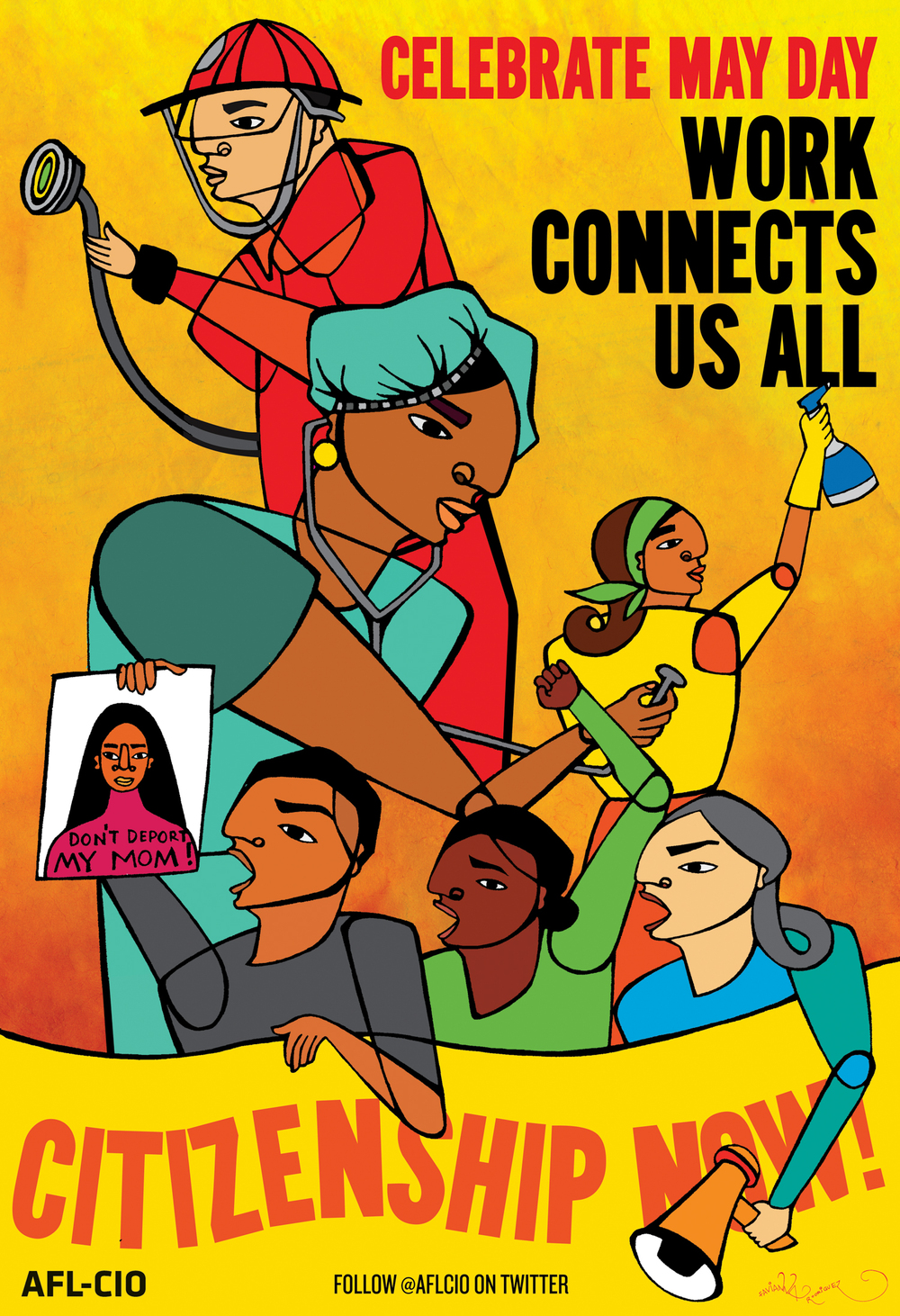 Work Connects Us All

This piece was commissioned in 2013 by the AFL-CIO, the largest union in the U.S, to both celebrate May Day and demand immigration reform for the over 11 million undocumented migrants living in the country. The phrase, "Work Connects Us All," was part of a larger campaign by the AFL-CIO that sought to expand national awareness about the significant divide between the working class (aka the 99 percent) and the elites. At the time, efforts in some states to take away the rights of working people to unionize had given rise to a growing recognition of the bonds shared by working people. This piece was distributed by the thousands in major cities throughout the United States at pro-migrant rallies.

The piece features a firefighter, a nurse, a domestic worker, and young activists demonstrating in the streets.