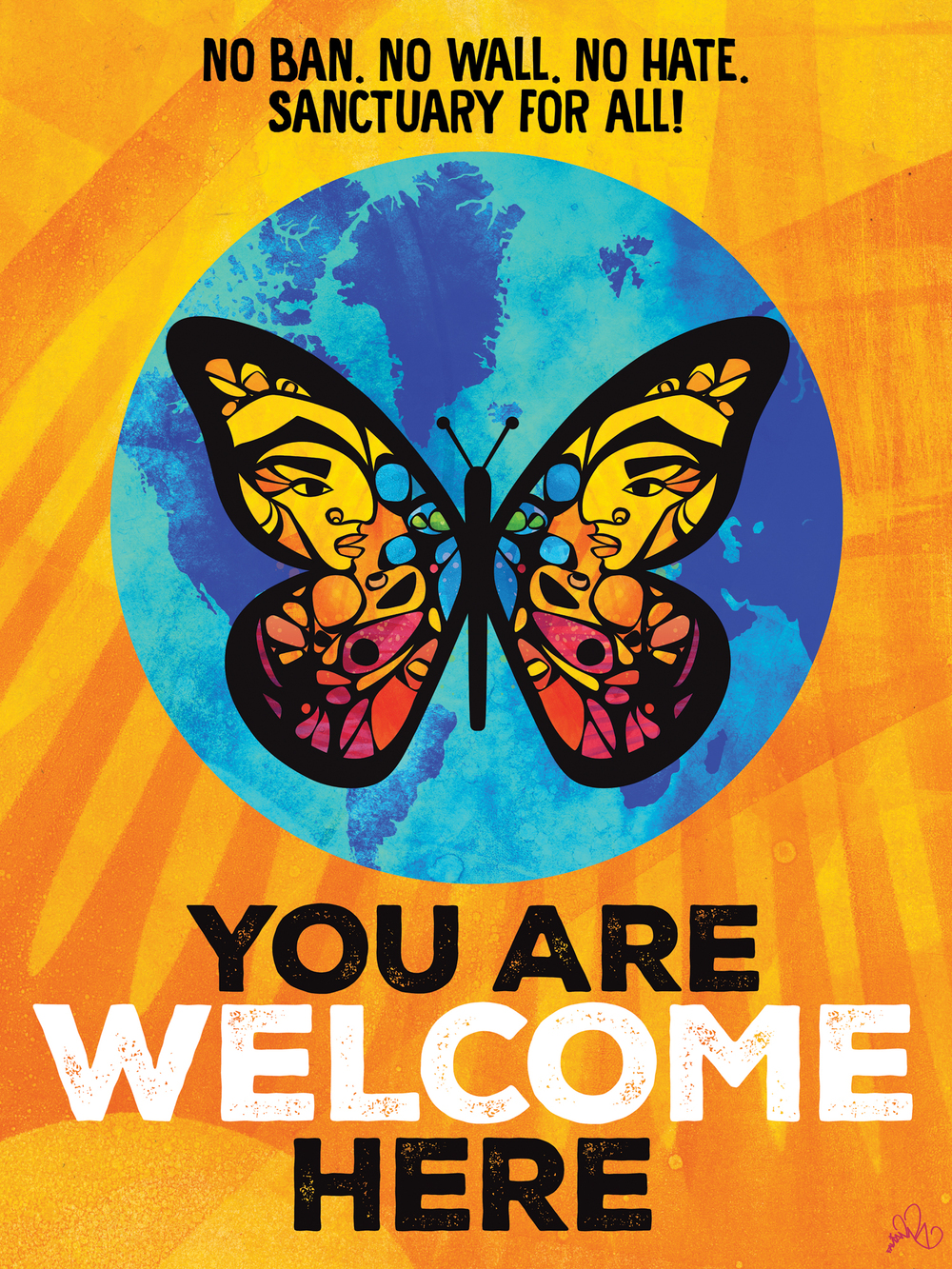 You Are Welcome Here

This piece was a reinterpretation of my classic Migration is Beautiful poster, which was originally created in 2012. Five years later, the symbol was needed more than ever as anti-immigrant hate and legislation exacerbated under the Trump regime. The monarch butterfly represents the natural act that is migration. Human beings have been migrating since the beginning of time. We are a part of nature, and it's in our human nature to move, just as all other species move. Borders were created by governments - but they are meant to keep people in or out, they are not a natural part of our environment. This art work imagines a world without walls and borders.

This design was originally created for the Oakland Unified School District, a sanctuary school district, in the Summer of 2017. The district distributed posters to all of their schools as a way to create a more welcoming environment for students.