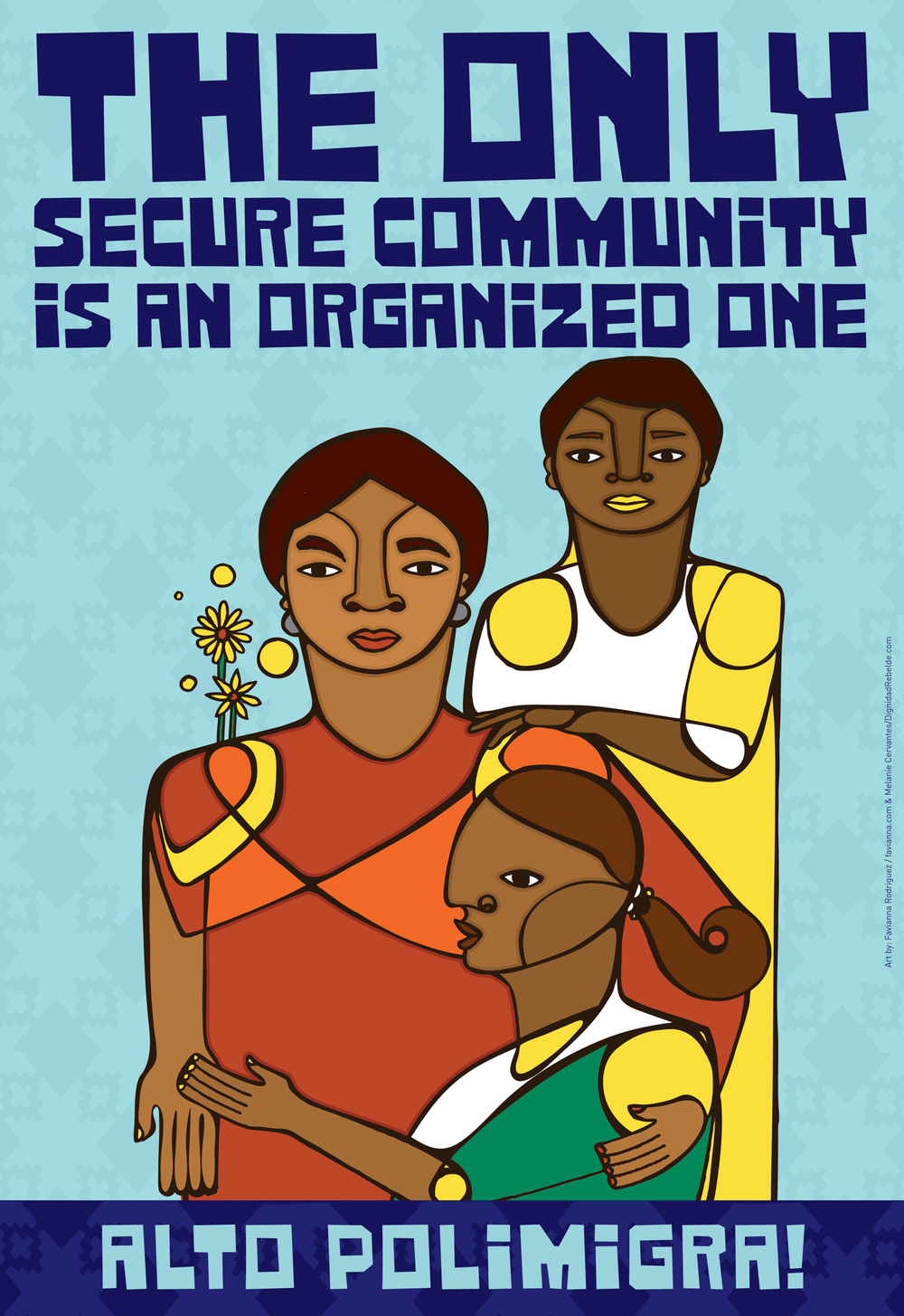 I developed this piece in 2012 in collaboration with Xicana artist, Melanie Cervantes, to call attention to the devastating costs of deportation policies. Under the Obama Administration, deportations were happening at the devastating rate of 1,100 per day. At the root of these deportations were policies such as SCOMM (Secure Communities) that allowed the sharing of data between ICE (Immigration & Customs Enforcement) and local police.

Anti-migrant, xenophobic laws like this not only erode the immigrant community's trust of law enforcement, but also turns police officers into immigration agents. Despite outrage and criticism from a number of major cities and police chiefs, President Obama made data sharing between ICE and local police mandatory in 2012.

This poster demanded a stop to the POLIMIGRA. POLI stands of Police, while MIGRA is a Spanish word for ICE.