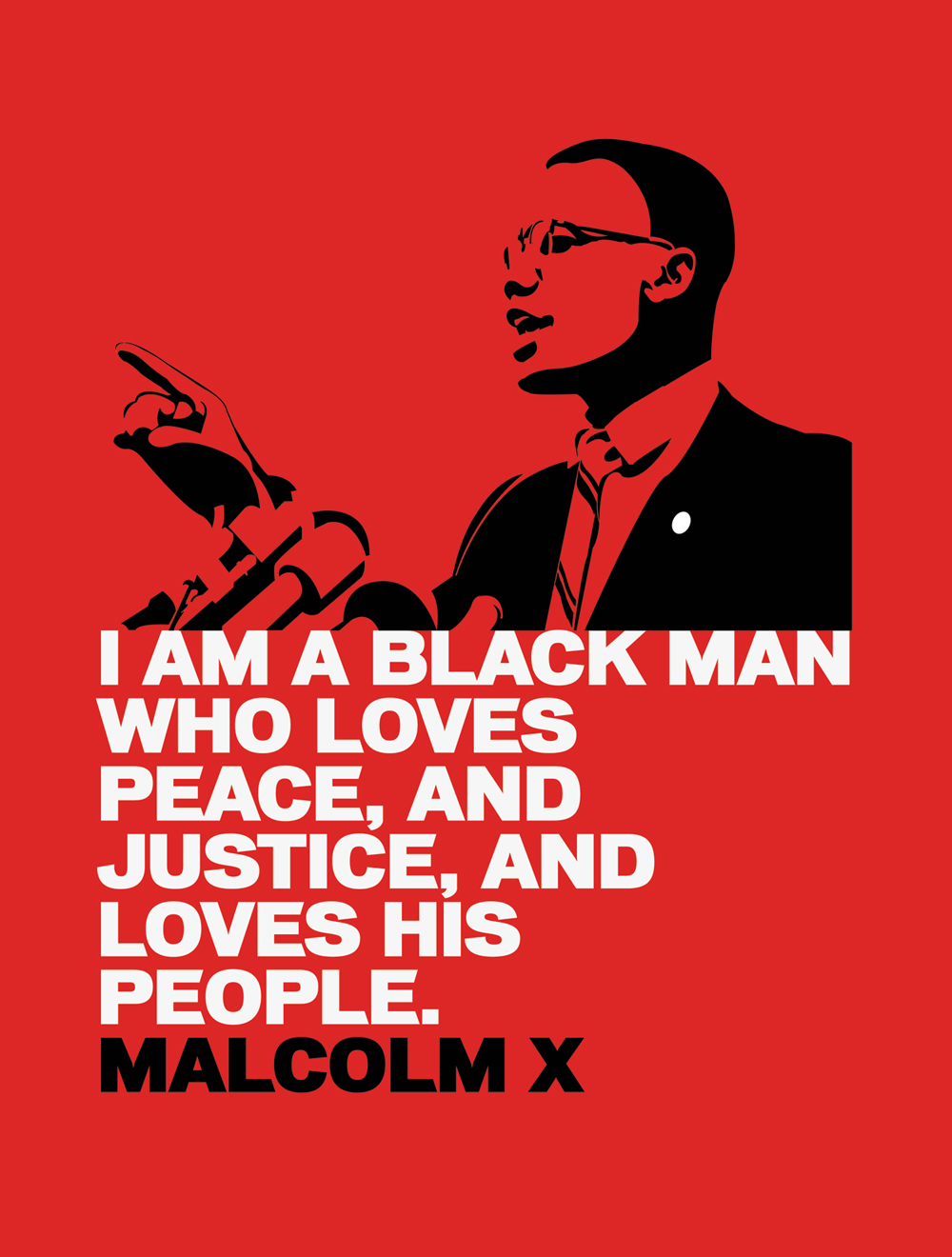 Malcolm X is the Black revolutionary that has most influenced my political framework. This print celebrates Malcolm X's love for Black people. I learned about Malcolm X in my teens when I was forming my own identity as a Latinx woman, descendant of Afro-Peruvian immigrants.

From 2000-2010, I helped co-create the annual Malcolm X Jazz Arts Festival in East Oakland, in collaboration with the Eastside Arts Alliance. In my process of political education, I learned about how Malcolm X confronted white supremacy and called on oppressed people to love each other and organize towards self determination.