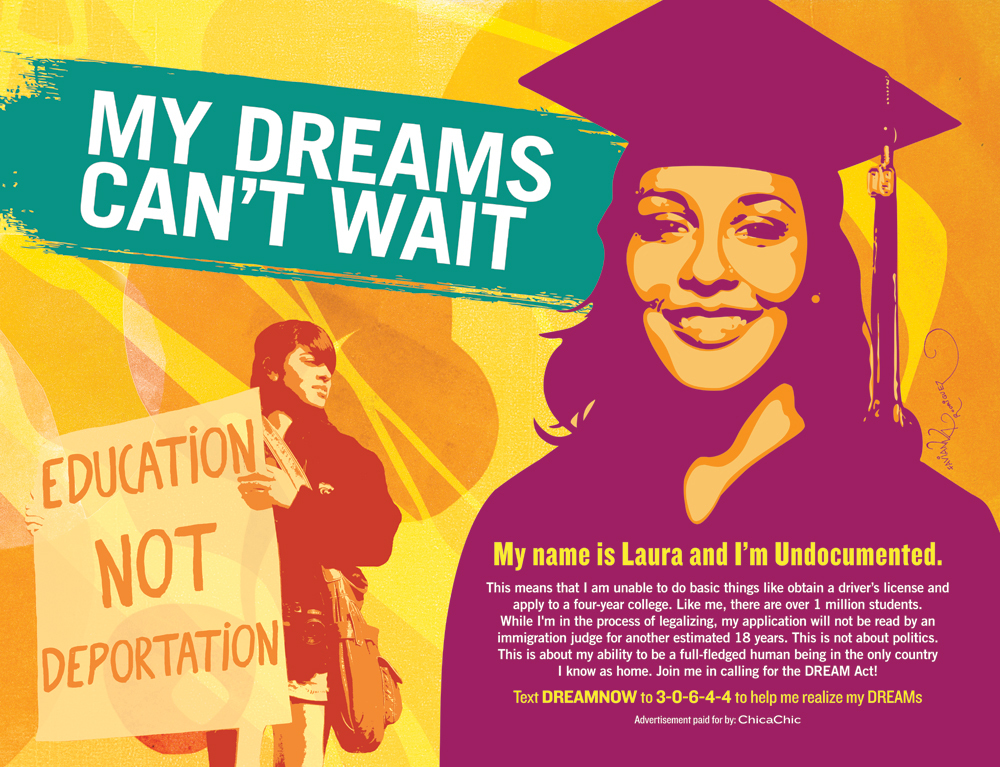 This art piece was developed in 2010 in support of the Dream Act, which would have provided a pathway for legalization for millions of undocumented immigrant youth. In 2010, the Dream Act was being debated in Congress but ultimately did not pass. The woman in this piece is Laura Lopez, a graduate of UC Santa Cruz. I found a picture of Laura on the internet during a time when she and other undocumented migrant students were conducting sit-ins at congressional offices on Capitol Hill, risking arrest and deportation in order to draw attention to the DREAM Act. Laura came to the United States as a 1 year old baby on Independence Day. Since then, she has finished high school, graduated from UC Santa Cruz, and become an advocate for her right to contribute to the country. You can read her story in her own words in the graduation gown. This art work was also used in a public awareness campaign across the Bay Area Rapid Transit System.