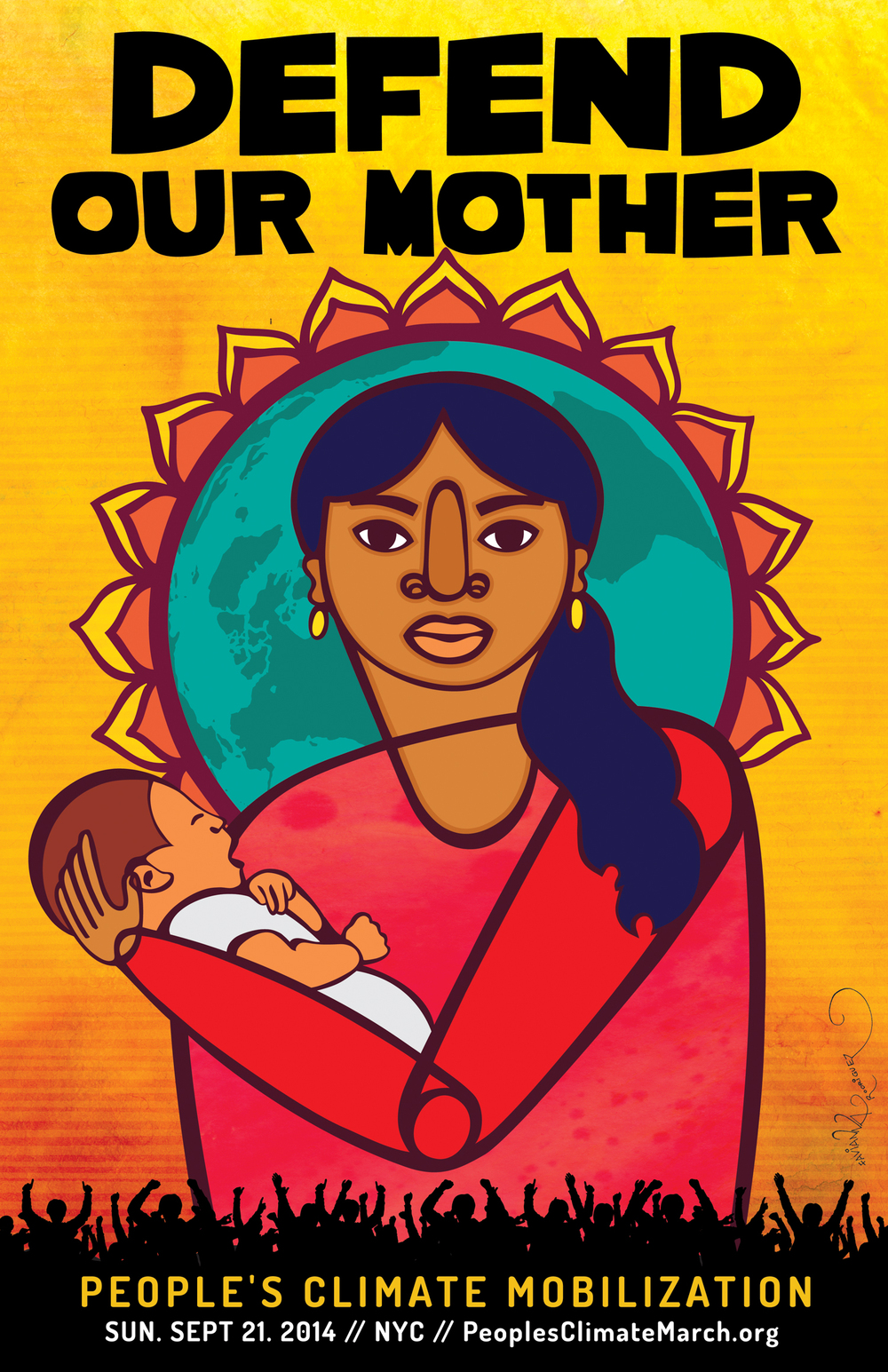 This piece was originally commissioned by the People's Climate March in New York City. It was one of a series of posters commissioned by 350.org and the Climate March to mobilize people across North America for the event. It quickly became the most widely shared image for the historic march and we even developed it into puppets.