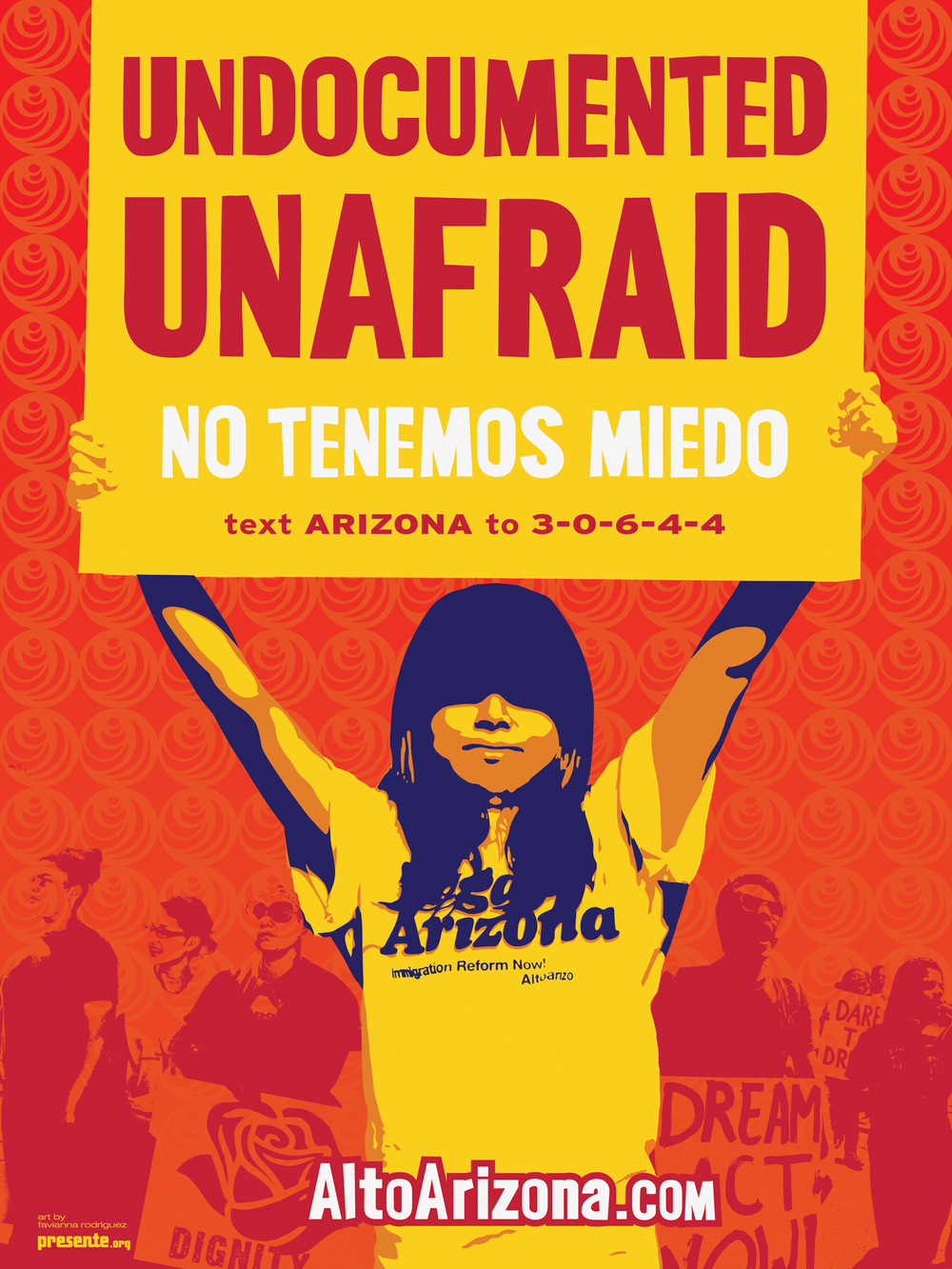 After Arizona's governor signed an anti-immigrant bill, SB 1070 into law in April 2010, a movement of organizers around the country rose up to fight it. I traveled to Arizona as part of a women's delegation to document the women and children. At one of the marches, I photographed a young Latina girl in the crowd and developed this poster. The phrase, "Undocumented. Unafraid" is a term that was born in the immigrant youth movement. This poster was originally commissioned by AltoArizona.com, a project organized by the organization, National Day Laborer Organizing Networ (NDLON).