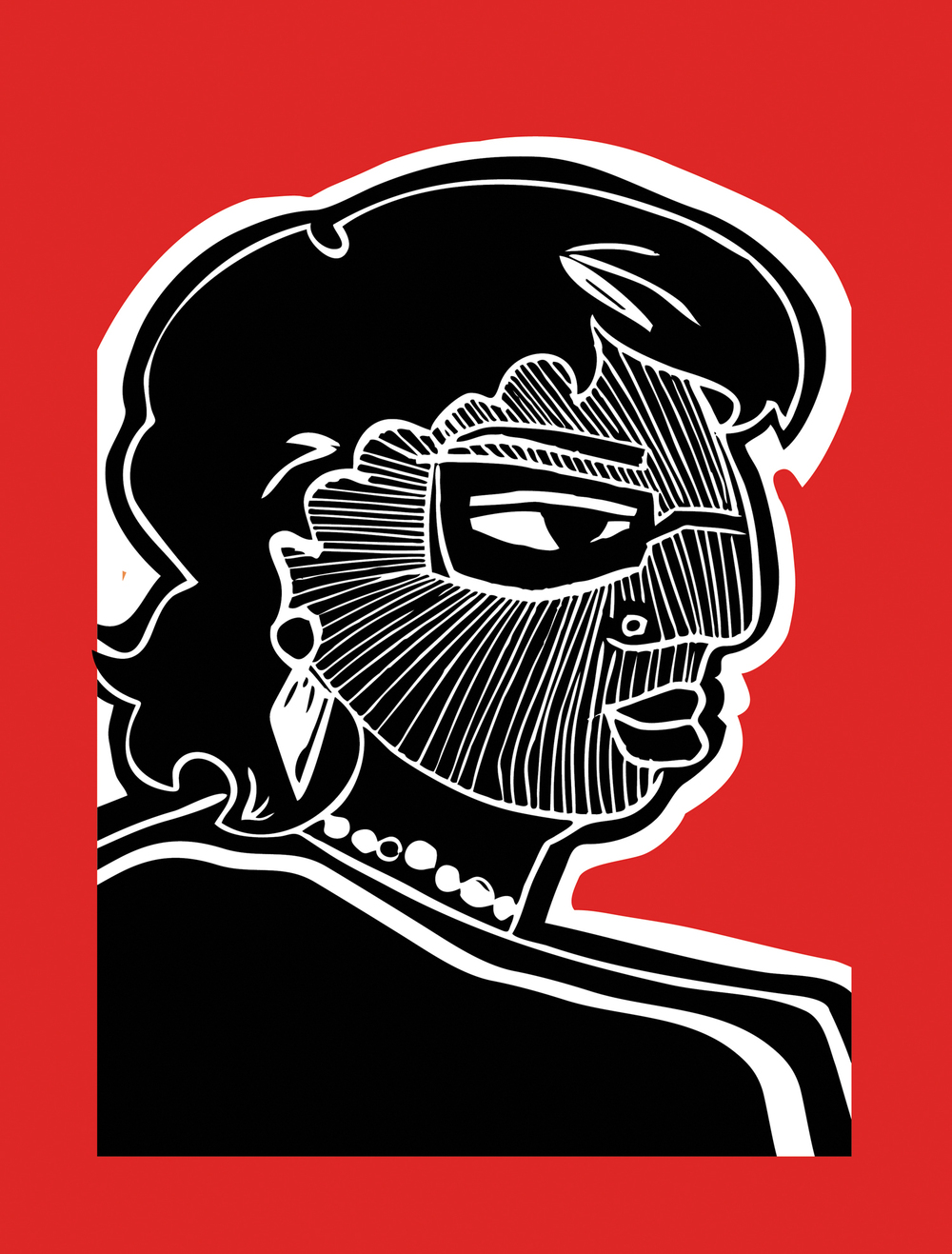 This piece is dedicated to Elizabeth "Betita" Martinez, a mentor, a revolutionary, and a woman who gave me an opportunity early in my career to work as a designer.

Elizabeth "Betita" Martínez (1925 - 2021) was a Chicana feminist and a long-time community organizer, activist, author, and educator. She has written numerous books and articles on different topics relating to social movements in the Americas. Her best-known work is the bilingual 500 Years of Chicano History in Pictures. Her work has been hailed by Angela Y. Davis as comprising "one of the most important living histories of progressive activism in the contemporary era."

I began working with Betita to design her multi-racial newsletter, Shades of Power in 1999 and I was co-designer for her groundbreaking book, 500 Years of Chicana Women's History.

The image in this piece is based on a small linoleum block I made of Betita for the illustrated book of social movement heroes, Firebrands, by the art cooperative, JustSeeds.

This piece was printed on red French Paper at the Taller Tupac Amaru in Oakland, California, and contains a studio chop.