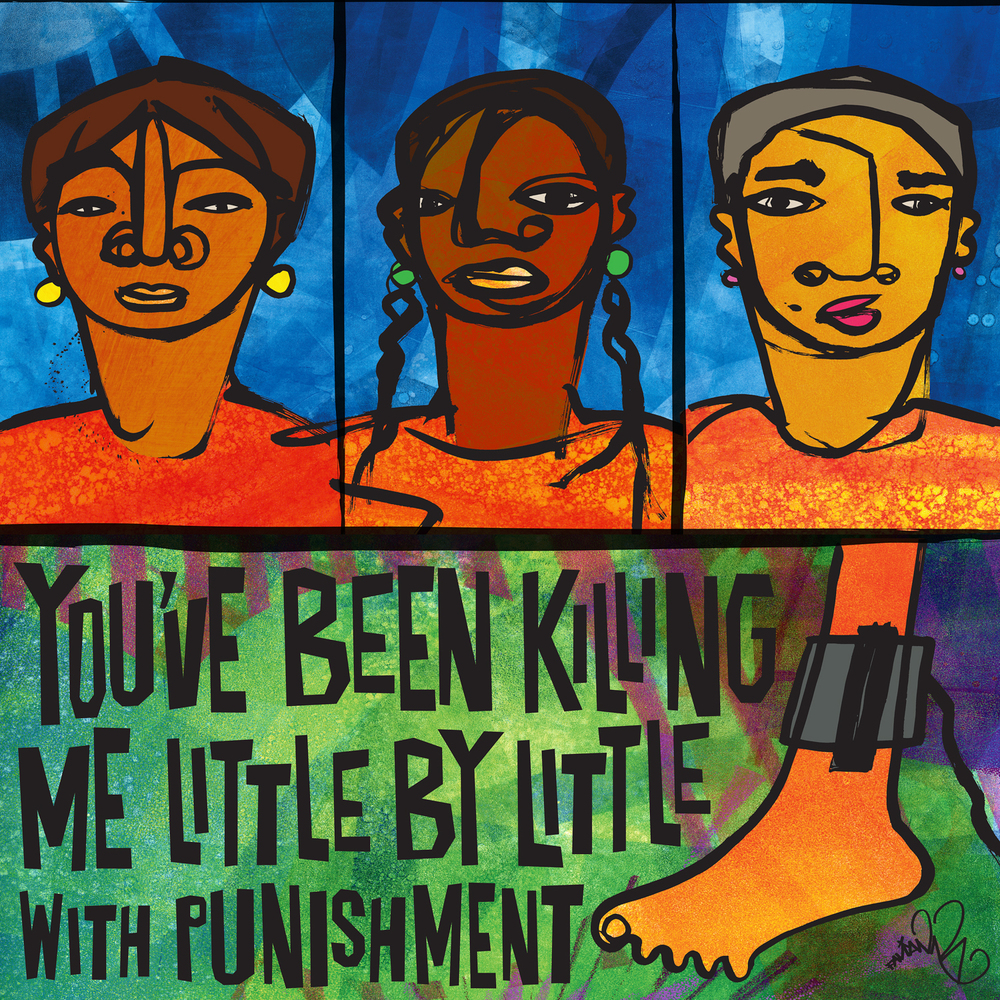 Visions from the Inside

_“I am afraid that if I stay in this center something could happen to me or my daughter because ICE tries to cover up everything and all news that happen here.” _

I created this piece to depict both the dignity and the suffering that women endure in for-profit detention centers. Immigrant women detained in Karnes County Detention Center have endured physical abuse, rape by prison guards, and the constant sicknesses of their children. In this piece, I wanted to represent the ways in which immigrant prisons degrade and abuse women. I used a jagged brush stroke to show the harshness of detention, as well as the human suffering of families who come to this country in search of a safe haven. This piece served as a reminder that family detention was a frequent strategy expanded and sanctioned by the Obama Administration.

Although some women were being released at the time of the creation of this piece, they were being forced to wear ankle monitoring bracelets. The text in the piece is an excerpt from a letter by Lilian Oliva, age 19, who was discovered in a family detention center bathroom bleeding from cuts to her wrist. Her letter said, "You don’t understand that people’s lives has no price… I come here so this country can help me but here you’ve been killing me little by little with punishment and lies in prison when I haven’t committed any crime." Lilian, who had been held with her 4-year-old son since October 2014, was deported in June 2015.

This piece was a part of the series, Visions from the Inside, a collaborative art-based project between CultureStrike, Mariposas Sin Fronteras, and EndFamilyDetention.com. CultureStrike commissioned 15 artists from across the country to create a visual art work inspired by letters penned by detained migrants. By visually illustrating these letters, the project aimed to amplify people’s experiences inside of for-profit immigrant detention facilities. The artworks highlighted the first person stories of migrants, including their reasons for migrating and the resilience of their spirits.